We should recognize in expatriates a form of bravery in abandoning their birth country to live in another, for any duration. After all, we can settle in a border country for several years or on the other side of the planet for our whole life. The range of possibilities is broad, and the results, controlled by life’s surprises and unexpected events, are never definitive.

While schematizing a little, we can find two extremes among expatriates in Japan or elsewhere:

A large field of possibilities exists between the two, and several positions can be taken depending on the case. Japan involves a number of specific social cues, making the expat process different and more delicate than in other countries.

Many people around us successfully avoid and overcome the pitfalls we will talk about. Among these inspiring people, we can cite:

According to Statistics Bureau of Japan and the Ministry of Foreign Affairs of Japan, there are about 48,300 American nationals residing in Japan in 2012, about 15,600 British people in 2016 and 23,600 Australian residents in 2012. Most of them live in Tokyo and Okinawa (for the U.S. Forces).
In 2018, 10% of Tokyo residents in their twenties were foreigners (up to 48% in Shinjuku Ward, while the national average is about 5.8%). Foreign residents make up 2% of the Japanese population.

Most of these expatriates regularly experience a set of difficulties, dilemmas and even chronic depression that we will try to explore here after.

A 外国人 gaikokujin (often called 外人 gaijin) is literally an "outside person". For Japanese people, this phrase sometimes has a pejorative meaning. A deeper meaning is a person who will remain an outsider forever in Japan, no matter the duration or efforts to integrate.

Arriving in a country and taking part in the culture means progressively absorbing its language and social codes. Without these, especially according to the locals’ point of view in Japan, a foreigner stays a lumpish and uneducated person who should be put back. With this in mind, Kyoto City financed an educational campaign in 2015 for travelers (from which the cover image comes from). In April 2016, the Hokkaido Tourist Center also started one, mostly designed to Chinese tourists.

Readers of the respected Asahi newspaper at the beginning of 2016 were almost twice as likely to think that foreigners should respect Japanese rules and culture, rather than locals respecting foreign cultures.

The honeymoon phase, when foreigners want to only live and consume Japanese culture (the classical process of "tatamisation"), is a state of grace where Japanese people are curious and congratulate all the expatriate’s small actions. Yet, a sort of discrimination is already starting behind the smiles and superficial politeness.

In the eyes of a Japanese person, we can consider two types of foreigners:

The islander mentality will not bend. The integration is even more complicated as the Western person "stands out" among the Japanese population as not-so-cosmopolitan even in its capital city (and even less in the rest of the country).

Even with the greatest patience and tolerance, the expatriate goes through difficult and discouraging moments. Simply hunting for an apartment can be a battle. Understanding and accepting it is the best way to enjoy settling in Japan. Here, maybe more than in any other country, the risk of growing bitter is high if we do not find peace with the fact that we will never be fully accepted and will always be looked at as a stranger.

For the rare lucky ones, the holy grail is a definitive change of nationality to "become" Japanese (at least from an administrative point of view). This process lasts about one year from the demand and requires several conditions, including the obligation to abandon original citizenship.

There are also some expatriates galvanized by their presence on the archipelago. This role seems to give them a strong position regarding Japanese culture and the right to overlook people coming to Japan without deep knowledge. In an environment in which everyone chases glory, new residents might only be looking to exist in the eyes of the rest of the world.

Even worse, they might justify any and all information regarding Japan, encouraged by an intractable motivation to comment on and correct any small error (even when there is not one). They forget that we have all been amateurs of Japan, and it is far from reprehensible.

Disappointment in a daily Japanese routine and an unconscious loss of love for adventures and discovery (for which they initially came to Japan) can lead to a sort of skeptical opinion.

Other people, settled in Japan for years, barely speak Japanese and cannot build a correct sentence with their handle of vocabulary. Surrounded daily by colleagues with similar thinking, they show behaviors of a Charisma-Man, but as soon as they go outside the western cafes and their usual stores, the mask 😷 can easily fall 🍁 down.

Those ケーワイ KY carefree people, forever ignorant tourists, exclude themselves from real work and true integration. How many stay アルバイト part-time professors and do not speak good Japanese while they:

All of this is absurd. Even if the written language is difficult, the oral language is not illogical nor complicated.

In this disturbing category, we can find bookworms (usually Chinese people, thanks to their mastery of kanji) who can successfully achieve JLPT 1 without being able to daily speak Japanese. Fortunately, while quite numerous, these people do not form the majority of expatriates living in Japan.

We can also find an interesting split around Tokyo.

While many swear by the capital for its numerous advantages and general atmosphere, many expatriates do not arrive in Tokyo for various reasons, usually linked to the university. And yet, for many foreigners and their close relations, Japan is summed up in Tokyo, just like the USA is NYC or SF. This is totally incorrect for both countries.

This split generates weariness and bitterness from provincial expatriates toward Tokyo, sometimes becoming a deep hatred of its superficial aspect. So, they choose to boycott the capital city and never visit. Yet Tokyo keeps shining and fascinating, creating a strange rancor that displays this simultaneous appeal and rejection.

Behind this phenomenon is sometimes the budget reason: intercity trains in Japan 🚅 cost a lot, and the Japan Rail Pass is not accessible to foreign residents. This is the same obstacle that can prevent expatriates from going home for Christmas, when flight ✈️ prices are extremely high.

This is the beginning of the expats’ dilemma: the constant comparison of Japan with their native country. For the individual, a psychological battlefield is created where one country takes the lead and becomes superior.

On the opposite side, there are entire families who follow a family member who got a job with excellent living conditions, usually for a given time. They enjoy business class airline tickets for parents and children, so they can go back home several times a year. This is a casual habit in banking, luxury and energy industries.

After the first jump as a tourist, the visa's design can not be betrayed: after the student or WH visa, we go to the working visa (royal path) or the wedding. The ultimate access remains the permanent residency certificate, which is hard to obtain and mostly reserved for seasoned expats.

Japan’s appeal for expatriates has seen a logical increase since the early 2000s. It is accessible, thanks to the Internet 📶, because numerous pioneers paved the way on websites such as this or in multilanguage blogs/vlogs. Some of these resources are very interesting, and a whole life would not be enough to explore them. We can now easily settle in Japan for a given period, or with no return date, to live new experiences or run away from problems.

Expats, who became quite common these past years, are not the alpha people they think they are. An expatriate is just one among many, even if s/he might try to hide it. 10 or 15 years ago, Internet access was not democratized and social media was at its beginning, and it was impossible to video call family in the home country to beat the boring routine. Even if flight time remains the same, new technologies bring people closer together than never before, and we become increasingly connected to the world. Today, mostly in the Internet sphere, the expatriate is nothing more than a grain of sand, and all of them form a nice beach 🏖.

Some expats imitate Japanese people by exaggerating their facial expressions and forced habits nearly to the point of ridiculousness and lose a part of themselves, leading to them considering other Western bros as real foreigners. Those people are total Daffyd Japanophiles. On the opposite side, others live in total denial of Japan in their daily life. However, Japanese culture is not exclusive nor repulsive: its native habits can be perfectly accommodated as long as everybody makes an effort to respect them.

What characterizes expatriates in Japan is the tendency to elevated themselves to the "ex-expatriate status". Back to the native country after a long time in Japan, some funny habits remain:

For many, the real turning point happens when becoming parents. The questions of children and the family’s settlement arrive, and they become nostalgic for their native country as the mixed kids grow up in the not-so-free and open-minded Japanese society.

Finally, statistics show that the vast majority of expatriates will go back home. The savings made while settling in Japan will become savings to come back home. When years of expatriation fit into one or two suitcases, and we have to go back to our teenage room at the parents’ house, everything takes on a sort of bitter taste.

It will take time, but those staying ad vitam who did not successfully create the essential trio (rewarding job/balanced family life/peace with the mind and the position in Japan) might end up more dissatisfied than if they went back in the native country. The more the time flies, the less they are expected back home. Life continues everywhere, and after a while, we might discover that we belong nowhere: not in the adopted country nor in the home country.

With effort, numerous expatriates succeed in long-term integration, including in Japan. They live, work and commute in the daily Japanese routine with humility and without judging others. Unsurprisingly, most of the time they are those who do not say it out loud. 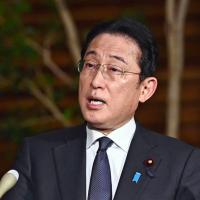 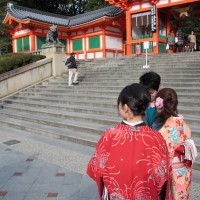 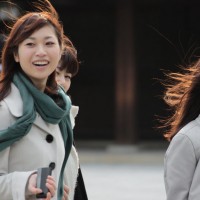 It is sometimes said that the Japanese are not frank, that they are hypocrites or they don’t say what they…