A Complex Relationship with Tattooed Individuals

Many people in the West have tattoos and wonder if it is possible to travel or to live in Japan for them.

Nowadays, there is a distinction between two types of tattoos, by their design rather than the inking technique:

The Japanese traditional tattoo is made with tiny needles set at the tip of a small shaft, which the tattoo artist uses to insert the ink quickly under the skin in a back and forth movement. This technique is more painful than the usual western "modern" method.

On the archipelago, tattoos have always been warily considered, even today as they are closely associated with the yakuza’s world (Japanese mafia). As a matter of fact during Edo period, tattoos were a form of punishment for criminals. Tattoos were illegal during Meiji era, with a prohibition law enforced from 1872 to 1948.

Be they of Japanese style or not, even small, discreet and without any link with mafia, tattoos are therefore often forbidden, especially in:

Usually, establishments do not discriminate the type of tattoos and tourists can be turned down the entrance to shared baths, even if the ink is covered by a bandage.

These are important points to consider when planning your visits and accommodation for a travel in Japan. There is also the option to book private baths to avoid any frustration.

Since June 2015, the Japanese government has started to think about how to soften those rules for foreign visitors, especially as tourism is expected to increase with Tokyo Olympic Games in 2020 (2021).

Nowadays, the easiest and safest way to admire traditional tattoos on yakuza’s bodies is to take part in Sanja Matsuri, an outdoor Shinto festival, very popular among Japanese people and foreigners (about 2 million visitors over 2 days), held in Asakusa’s famous Senso-ji in Tokyo, on the third weekend of May each year.

⬇️ Discover below all the articles and destinations related to this topic.
Your Rating on Tattoos in Japan
5/5 (2 votes)

Destinations for Tattoos in Japan

The private mixed hot springs
Private onsen is often referred to as a luxury that only few travelers in Japan can afford. Overall, most…
Kanpai's rating 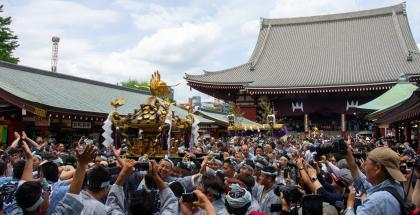 Asakusa’s Great Spring Festival
Sanja Matsuri is a great Shinto festival taking place each year on the third weekend of May, in Asakusa…
Kanpai's rating 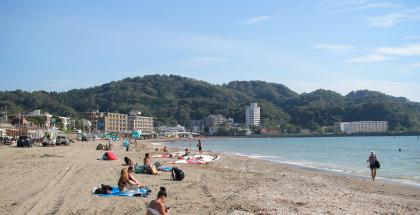 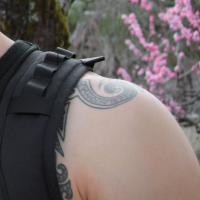 As everyone knows, Japanese society has this complicated relationship with tattooing. In Japan, being inked…