From archeological artefacts to hyper-modern skyscrapers, arts have long developed in Japan and reflect the country’s history.

Japan’s prehistory and ancient times (14,000 bc-538) are characterized by specific potteries, whose first samples, among which the "cord-marked" potteries, date back to Jomon period. Earthenware in Yayoi period adopt a smoother aspect and in Kofun period the construction of monumental tombs was all the rage.

Classical Japan (538-1185) is the time of establishing the bases for the country’s institutions and culture. During Nara and Heian periods, the artistic production is thriving both in the religious field, with the creation of the first monumental Bouddha statues, and the secular culture, with the beginnings of poetry and literature.

Japanese Middle ages (1185-1600) are characterized by flourishing religious arts, in Buddhism and Shintoism as well, and the development of a warrior culture. The wonderful Himeji castle is a legacy of Azuchi-Momoyama period, when the first fortified castles were built.

Edo period (1600-1868) is without a doubt the most famous one in Western countries. This long age of peace – but also seclusion - was governed by the last military lords, the shogun, and is considered the time of emergence of Japan’s national culture. Japanese etchings, or ukiyo-e ("images of the floating world") also developed during Edo period, and had a huge impact, alongside Japanese ceramics and lacquers, on Western arts in the 19th century.

With the restoration of the imperial system in 1868, Japan entered in its modern era (1868-1945). The country opened to the world for the better, with flourishing industrial and cultural exchanges, and for the worst, with an imperialist foreign policy that led to war.

Contemporary Japan (1945-today) is characterized by the great development of architecture, with construction structures of cutting-edge technologies and innovative shapes. The architect and urbanist Kenzo Tange (1913-2005) was one of its most famous representatives.

Today, Japan strives to protect its most precious heritage with the denominations of "National Treasure" and "Cultural Properties". Distinctive artworks can be admired in national museums, during a travel in the archipelago.

⬇️ Discover below all the articles and destinations related to this topic.
Your Rating on Japanese Arts and History
4.33/5 (3 votes)

Destinations for Japanese Arts and History

An elegant marriage between art and nature
Nezu Museum is an art gallery located at the south of Aoyama district, in Minato ward, in Tokyo’s center…
Kanpai's rating

The Imperial Villa in the North-east of Kyoto
🚧 Renovation in Progress
Shugaku-in Imperial Villa is an ancient imperial residence, located in the heights of Sakyo ward, at the foot…
Kanpai's rating

Contemporary art in nature
Hakone Open-Air Museum is a unique exhibition area opened in 1969, located in the heart of Hakone area's…
Kanpai's rating

National Treasures on the Heights of Atami
MOA Museum of Art is a private art gallery located on the heights of Atami, in Izu peninsula. Its founder…
Kanpai's rating

Shizuoka’s Sacred Place
Kunozan Toshogu is a Shinto shrine dedicated to Tokugawa Ieyasu, located on the Pacific coast of Japan in the…
Kanpai's rating

A historical city at the water's edge
Matsue is the capital city of Shimane Prefecture, located along the Sea of Japan in the Chugoku region of…
Kanpai's rating 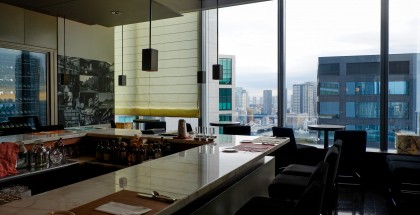 Japanese art in rooms
The Park Hotel Tokyo is a four-star hotel nested inside the Shiodome Media Tower skyscraper, located in the…
Kanpai's rating 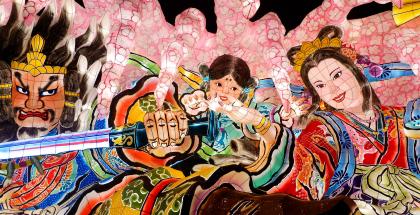 The Museum Dedicated to Aomori’s Nebuta Matsuri
Nebuta Museum WA-RASSE is a museum dedicated to Nebuta festival, located in Aomori city in the north of…
Kanpai's rating 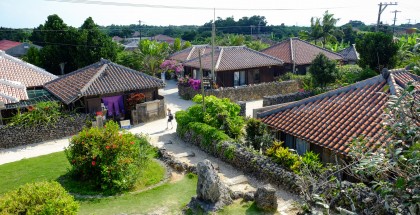 The small Kyoto with waterways
Kurashiki is a Japanese city with 476,000 inhabitants, located in Okayama prefecture, on Honshu Island. Its…
Kanpai's rating 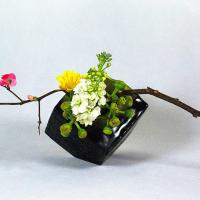