What time is it in Japan?

From Okinawa to Hokkaido, including Tokyo and Kyoto, the whole archipelago is encompassed within the same time zone. Japan is ahead of time compared to Europe and the United States, respectively:

⌚️ What time is it in Japan?

The easiest way to know what time is it in Japan now is to have one’s smartphone 📱 display a double clock, one of which is set on Tokyo’s time.

Or you can check on the table below to know the hour in Japan in regard to London (U.K.) or New York (U.S.A.) time:

Daylight Saving Times (Summer and Winter times) cover different periods depending on the country, so make sure to check the time change dates in your area.

We also gathered some tips to cope with jet lag 🕓 while traveling in Japan:

Read more:
Getting ready for a long flight and your arrival in Japan

All of those who already traveled in Japan have noticed that unlike many countries, Japan does not change to summer time or winter time.

As a matter of fact, until Meiji era (1868-1912), every regions of Japan had their own "time zone" determined by the sun zenith. When train 🚅 transportation started to develop, the time differences were inconvenient (a train departing from Tokyo arrived in Osaka 20 minutes before its departure hour) so in 1886 an ordinance was issued to implement a nationwide standard time.

In the beginning of the 20th century, several countries of the northern hemisphere started to use the daylight saving time, mainly to save energy (they are more than 70 countries nowadays). However, some countries do not use this system, such as Japan where the summer time is not implemented. Or more precisely, summer time was only used during the U.S. occupation between 1948 and 1951, and was never reintroduced, despite some debates.

Among the OECD countries, Japan, South Korea and Iceland are the only 3 countries not to implement the daylight saving time system, which can make their time difference with the rest of the world a little bit difficult. 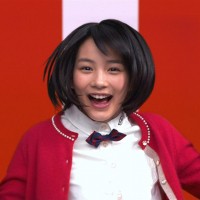 Japan started to celebrate the New Year on January 1 at the end of the 19th century. It is, without a doubt,…

Writing your name in Japanese

Writing a foreign name in Japanese does not imply to translate it but to transcribe it. Indeed, the Japanese…

How to say Happy New Year in Japanese

The New Year is called oshôgatsu (お正月). There are two ways of saying "Happy New Year": Until…