Movies and J-drama are a notorious part of Japan’s soft power.

Japan is the third film producer in the world, with an industry that have been blooming since the early days of cinema.

All genres are represented in Japanese cinema, but the most popular in Western countries are:

The series broadcasted on television in Japan are called J-drama (or J-dorama). Plenty of new shows are created each year, generally of a dozen episodes, each lasting about 45 minutes to one hour. They are broadcasted weekly, on a fixed time slot, thus building a loyalty relationship with spectators.

Like cinema, J-drama encompass all genres, but Japanese people’s favorites are :

It used to be difficult to access to J-drama, but thanks to the development of legal streaming platforms over the recent years they are now easily available throughout the world, with subtitles.

⬇️ Discover below all the articles and destinations related to this topic.
Your Rating on Japanese movies & J-drama
5/5 (3 votes)

The famous pirates’ crew amusement park
🚧 Definitely Closed
Tokyo One Piece Tower, the only theme park dedicated to the manga One Piece in Japan, is located at the base…
Kanpai's rating 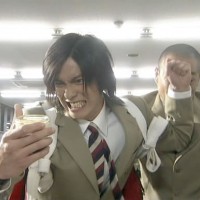 Japanese TV shows, or so called "dramas" (from japanese ドラマ), are a very specific type of TV shows which… 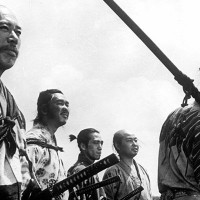 It is of course quite a challenge to attempt to establish a short list of the best Japanese movies. However,…

Warning: this article contains major spoilers of the movie Shin-Godzilla released in 2016. Make sure to watch…