The Japanese language is both attractive and mysterious, because of its double characters system : かな kana and 漢字 kanji. In the meantime, it questions us due to its distance from English's latin roots. Like in any other language not sharing any link with English, or just a few, and not functioning with the same alphabet, the Japanese language can leave you speechless!

And yet, learning this language is not as complicated as we can imagine. Indeed, for the writing, there will be a need to spend lots of hours to learn by heart in order to master the famous symbols. But the oral comprehension balances the exercice. Above all, learning Japanese is a fascinating dynamic which really deserves to to be considered.

A bit of History

The several Japanese populations have used their language for more than four thousands years, but they only started to write it during the IVth century, when they began to borrow the Chinese symbols, while modifying some of the pronunciations.

Since then, the Japanese writing naturally evolved a lot and underwent several major changes to modernize it during its History. The most important ones happened in 1945, 1981 and 2010. Today, it is a language made of Chinese and Japanese lettering.

There are two main writing systems:

The kanji are composed of ”keys” (a few dozens in total) and their drawing follows precise orders and rules. Each of them represents an idea, and can be read differently (kun / on readings) depending on its function or its position. To be noticed: youngsters know less and less how to write kanji ; with computers and keyboards, they do not handwrite so much and you will often see Japanese checking the writing of a letter on their smartphone or computer.

The Japanese language obeys precise rules and barely has irregularities, especially when we compare with latin / English languages:

Indeed, the Japanese involves precise politeness criteria (depending on age, gender, social status etc.) which modify not only the sentence’s structure, but the forms and declinations of the words. We also have to add the essential use of particles which articulate the several elements of a sentence. Without these particles, the Japanese would not exist.

Among this category are gathered all of our articles and information related to the learning of Japanese for a great start off and progress.

⬇️ Discover below all the articles and destinations related to this topic.
Your Rating on Learn Japanese
4.50/5 (6 votes)

How to write the date in Japanese

Telling the date in Japanese is not awfully complicated. Here is a short summary of how to express the date… 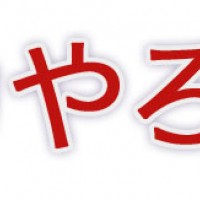 A few insults in Japanese

Here is a quite unassuming article to present some of the most commonly used insults in Japanese. Since the…

How to say Happy New Year in Japanese

The New Year is called oshôgatsu (お正月). There are two ways of saying "Happy New Year": Until…

How to say I love you in Japanese

The most formal and neutral way to say 'I love you' in Japanese would be : 私はあなたが好きです。/ Watashi ha anata…

How to say Happy Birthday in Japanese

Another expression we are often asked to translate into Japanese is "happy birthday". This page explains…

How to get a Japanese penpal friend

We are often asked how to become penpals with Japanese people, in order to practice your Japanese language…

Writing your name in Japanese

Writing a foreign name in Japanese does not imply to translate it but to transcribe it. Indeed, the Japanese…

How to say Yes and No in Japanese

Although it may seem strange to some of our readers, there are different ways of expressing both approval and…

How to say age in Japanese

In Japanese, the counter sai is used to express how old one is. It can be written with two different kanji:…
All posts in this topic