A Difficult Empowerment in Japanese Society

Japanese women face important and contradictory choices: getting emancipation through education, then work but risk a lonely life, or marry young and stay at home to take care of family.

If Japan’s makes life easier for Japanese women on many levels (a global safety, clean and convenient public services, many entertainment and leisure places such as shopping malls, cafés, beauty salons, etc.), it is still a very traditional society.

A traditional view on women’s role

Social organization still relies on old structures: men must go to work to cater for the family, and women are in charge of all domestic issues: raising children, but also taking care of elderly parents.

Consequently, and even though Japanese women benefit from one of the higher education levels in the world, they must often abandon a job or a career when their first child is born. Moreover, when they work, they often occupy part-time or subordinate positions, and few can reach senior posts or high political functions.

However recently, several studies by the Japanese government found that mentalities were changing and that the stay-at-home mother status was not the only ideal feminine way of life. The low birth rate is also questioning the old-fashioned ways of thinking.

An essential asset in Japanese society

Despite Japanese government’s voluntarist announcement in 2014 following the Abenomics policies, especially to promote women’s work, the situation only went downhill. As a matter of fact, in 2020 Japan was ranked 121th out of 153 countries in the World Economic Forum Global Gender Gap Report, its lowest record, and eleven ranks below the one held in 2018.

In the meantime, the portraying of women as objects, widely spread by pop culture and macho culture still holds strong in the archipelago. Feminism as it is practiced in Western countries is not as developed in Japan. However, times are changing slowly and Japanese women tend to be more vocal about the inequalities, especially after cases of medical school officials tampering exams to make sure female students do not pass were revealed. The #metoo movement, although of a lesser extend in Japan, nevertheless allowed women to speak up about rapes and systemic sexual harassment, especially thanks to the mediatization of Shiori Ito’s story.

⬇️ Discover below all the articles and destinations related to this topic.
Your Rating on Women in Japan
4.75/5 (4 votes)

Destinations for Women in Japan

The Elegant Architectural Complex in Akasaka
Tokyo Midtown is a shopping center in Akasaka district at the limit with Roppongi in Tokyo’s center. This…
Kanpai's rating

The Ritual to Cool Down Water in Kusatsu
Yumomi is a traditional ceremony performed in Netsu no yu, near Kusatsu’s central Yubatake in Gunma…
Kanpai's rating

The Birthplace of Cultured Pearl
Mikimoto Pearl Island, initially named Ojima, is located in Ise Bay on the shore of Ise-Shima peninsula, in…
Kanpai's rating

The Modern Aesthetics of Curved Lines
The National Art Center, Tokyo or NACT is a museum dedicated to temporary exhibitions located in Roppongi…
Kanpai's rating

The otaku experience
During our previous trips to Japan, we had never had the opportunity of attempting the Maid café experience…
Kanpai's rating 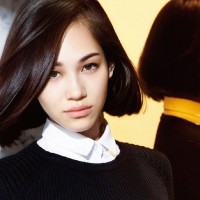 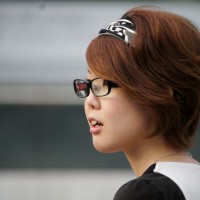 I won't venture to write an article on what characterizes the physics of Japanese women. This is the kind of…
All posts in this topic