Ryogoku, located east of the Sumida River, is the name of the district where sumo wrestlers live in Tokyo. It spans a couple of streets around Ryogoku Station and includes the Kokugikan Sumo Hall and the Edo-Tokyo Museum. Its specialty dish, the chanko-nabe, is a kind of hot-pot that the famous wrestlers adore.

In this quite small area in Tokyo thrives sumo wrestling, a Japanese traditional sport that is nowadays professionalized. The wrestlers’ teams usually live here, sharing their time between trainings in the heya, the sumo training stable, and the national tournaments.

The Kokugikan Arena is the biggest one in Japan, and an iconic structure of the district. It hosts sumo wrestling competitions in January, May and September each year. It is then possible to watch dozens of sumo bouts in one day. The best competitors enter the matches in the late afternoon. On the first floor of the arena, a free museum is dedicated to sumo wrestling.

The Buddhist temple Eko-in is located to the south of Ryogoku Station and is known as the first outdoor space where sumo bouts were organized, long before the construction of indoor arenas in the beginning of the 20th century.

Another touristic attraction in Ryogoku is the historical and entertaining Edo-Tokyo Museum. Visitors will be charmed by a stroll between replica houses of the ancient districts of Tokyo.

Just behind the Kokugikan Arena, the Japanese garden Kyu-Yasuda Teien offers a refreshing and relaxing halt. A little bit further north, in Yokoamicho Park, the Tokyo Memorial Hall recalls the 1923 Great Kanto Earthquake and houses a memorial to the victims of the Second World War.

⬇️ Further down this page, discover our visit guide in Ryogoku and around.
By Kanpai Updated on August 28, 2020 Ryogoku
Review this place Have you ever visited Ryogoku ? Share your opinion
Community's rating
4.25/5 (4 votes)

How to go to Ryogoku?

By train -- JR Chuo-Sobu Line (from the Yamanote Line: change in Akihabara)

Where to stay in Ryogoku?

When to visit Ryogoku?

Allow one day to visit the main tourist attractions

How to say Ryogoku in Japanese?

What to visit in Ryogoku?

Japanese traditional wrestlers’ early morning routine
One of the prospective Sumos’ daily duty is keiko or practice. It is held every morning at the stable or beya…
Kanpai's rating

The Ukiyo-e Master’s Collection
The Sumida Hokusai Museum is located in the easternmost part of Ryogoku district in Tokyo’s Sumida ward. This…
Kanpai's rating

Where to eat in Ryogoku? 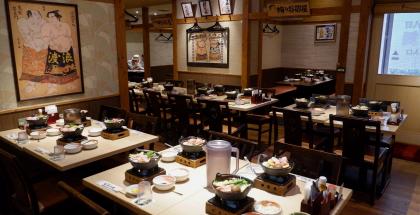 The Chanko-Nabe Restaurant in Ryogoku
Hana no Mai Edo-Tokyo Museum Mae is a bar and restaurant located under the railway of the Sobu line, next to…
Kanpai's rating

What to see near Ryogoku?

The Stroll Garden in the East of Tokyo
Kiyosumi Teien is a Japanese garden located in Kiyosumi-Shirakawa district, in Koto ward opening on Tokyo Bay…
Kanpai's rating
~1.76km away

The otaku experience
During our previous trips to Japan, we had never had the opportunity of attempting the Maid café experience…
Kanpai's rating
~1.84km away

Tokyo’s electric town for geeks and otaku
Akihabara is one of the most famous districts in Japan’s capital city. It is especially popular with geeks…
Kanpai's rating
~1.88km away 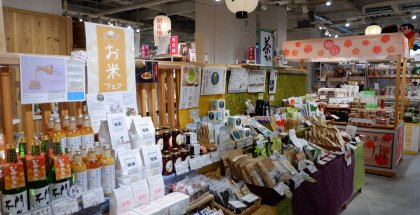 Tokyo’s Window on Regional Foods
Chabara Aki-Oka Marche is a delicatessen shop located under the train tracks in Akihabara, in Tokyo’s center…
Kanpai's rating
~1.91km away

Historical Boat Ride on Tokyo’s Rivers
Nihombashi Cruise is a boat ride on the Sumida River, starting from its pier at Nihonbashi bridge located in…
Kanpai's rating
~2.06km away

A Former Train Station Converted in a Shopping Center
mAAch ecute Kanda Manseibashi is a shopping center located halfway between Ochanomizu and Kanda stations, in…
Kanpai's rating
~2.08km away

The retrogaming temple in Akihabara
Super Potato is a reference retro-gaming retailer, located in Akihabara, the electronic district bordered by…
Kanpai's rating
~2.09km away

Along the Sumida River
Asakusa is best known for its famous Senso-ji temple. I've chosen to focus on this one to deal with the…
Kanpai's rating

Ryogoku and the Kanpai Community