The subtropical island of Southern Japan

Kyushu is the third biggest island of Japan, after Honshu and Hokkaido, with close to 36.000km² and more than 13 million inhabitants. Located on the South-west of the archipelago, it benefits from a subtropical climate and would be the birthplace of the Japanese civilisation. Made of eight prefectures, its biggest city is Fukuoka.

Kyushu is made of eight prefectures: Fukuoka, Kagoshima, Kumamoto, Miyazaki, Nagasaki, Oita, Saga and the Ryukyu archipelago which includes Okinawa. It is the home of two volcanoes : the Mount Aso and, more in the South, the Sakurajima, as well as the surprising natural spring 🌸 waters of Beppu.

From its main city's Hakata station, it is possible to rally Kagoshima in the far South through the Shinkansen 🚅 bullet train since 2011.

⬇️ Further down this page, discover our visit guide in Kyushu and around.
By Kanpai Updated on June 01, 2018 Kyushu
Review this place Have you ever visited Kyushu ? Share your opinion
Community's rating
4.75/5 (4 votes)

How to go to Kyushu?

By train -- The JR Shinkansen Sanyo goes to Fukuoka Hakata. Count around 5 hours from Tokyo or 2h30 from Shin-Osaka.

By plane -- Low-cost Japanese companies go to the airports of Fukuoka, Nagasaki and Kagoshima.

Find a flight to Fukuoka

Where to stay in Kyushu?

How to say Kyushu in Japanese?

What to visit in Kyushu? 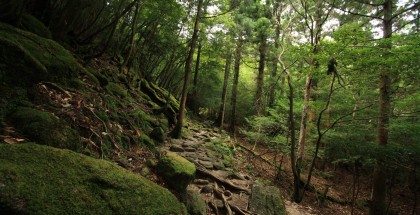 The Mystical Island
Yakushima is a nearly circular island of about 200 square miles/500 square kilometers, belonging to Kagoshima…
Kanpai's rating

The Rural Hot Spring Town
Yufuin is a small thermal station in Japan at the bottom of Mount Yufu, about ten kilometers from Beppu in…
Kanpai's rating

Mount Aso’s Wonderful Spa Resort
Kurokawa Onsen is a spa resort in Minami-Oguni, at the north of Mount Aso and in the east of Kuju mountain…
Kanpai's rating

The Natural Observatory on Mount Aso’s Peaks
Daikanbo is a natural observatory located in the north of Mount Aso’s caldera, in the heart of Aso-Kuju…
Kanpai's rating

The First Hachiman-gu Shrine
Usa-jingu is an old Shinto shrine in the eponymous city of Oita prefecture in the north-east of Kyushu. The…
Kanpai's rating

The Pressure Cooker Onsen in Kyushu
Beppu is a Japanese city in Oita prefecture, on Kyushu Island in the south of the archipelago. This small…
Kanpai's rating

Oita castle town
Kitsuki is a small town located on the Kunisaki Peninsula in Oita Prefecture, northeast of Kyushu. The town…
Kanpai's rating 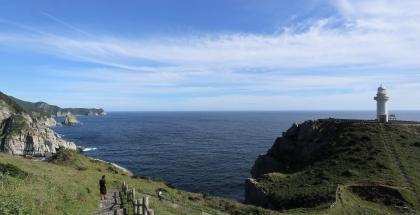 The Largest of the Goto Islands
Fukue-jima is the main island of Goto archipelago, off the coast of Nagasaki prefecture, at the westernmost…
Kanpai's rating 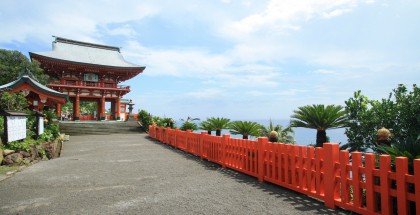 The Volcanic Hell of Mount Unzen
Unzen Jigoku is the Japanese name of the Hells of Mount Unzen, an active volcano in the center of Shimabara…
Kanpai's rating

Kyushu’s Feudal Heart
Kumamoto is the capital of the eponymous prefecture located in the western part of Kyushu island. It is one…
Kanpai's rating

Hashima the Forsaken Island
Gunkanjima, whose real name is Hashima, is a small Japanese island located about twenty kilometers off…
Kanpai's rating

The Coastal Feudal Town in the North of Saga
Karatsu is a Japanese city located on the seaside in the north of Saga Prefecture, about 50 kilometers west…
Kanpai's rating 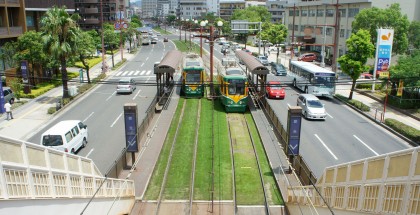 Southern Kyushu's large city
Kagoshima is the largest city in southern Kyushu. Apart from Okinawa (and its capital Naha), it is probably…
Kanpai's rating 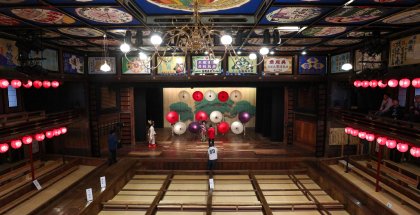 Kyushu’s Former Government Headquarters
Dazaifu is an old small town located in the south-eastern suburb of Fukuoka. Its main attractions are…
Kanpai's rating

Where to stay in Kyushu? 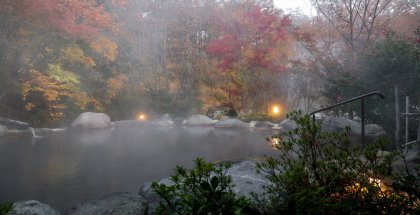 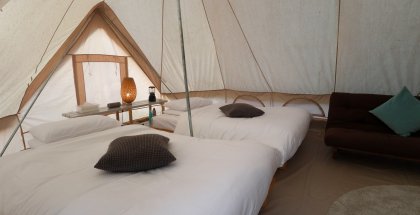 Luxury Camping in the Goto Islands
Nordisk Village is a Scandinavian-style luxury lodging and camping located in Goto City on Fukue Island, off…
Kanpai's rating 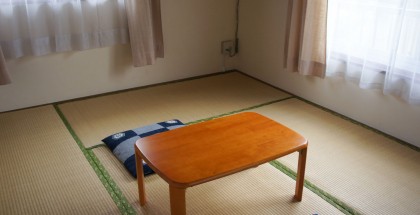 Where to eat in Kyushu? 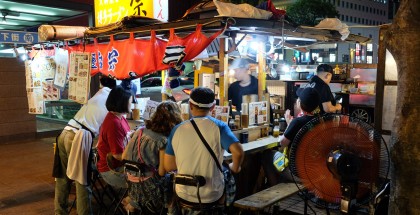 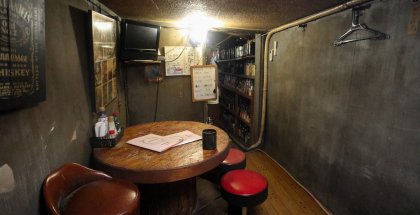 The Tiny Hidden Bar in Sasebo
The izakaya Tough is a little bar in downtown Sasebo, in Nagasaki prefecture in Kyushu. The pub settled in…
Kanpai's rating

Kyushu and the Kanpai Community