Dive Into the Soul of Japan

Japanese literature is more than fifteen centuries old, and developed thanks to various foreign influences and sometimes in isolation then spread to the world from the second half of the 20th century. Poetry is one of its creative pillars, but it also produced one of the world’s first novels.

Japanese antiquity (between 590 and 794) was strongly influenced by Chinese literature regarding the writing of founding narratives and development of Japanese myths, of which the most famous are Kojiki ("Records of Ancient Matters") and Nihon Shoki ("Chronicles of Japan"). The poetry anthology Man’yoshu ("Collection of 10,000 leaves") gathers thousands of poems in Japanese language, or waka.

During Heian period (794 – 1185), fiction and diary were the thriving genres. The writings mainly described life at the Imperial Court in:

The Middle Ages, beginning in Kamakura period (1185 – 1333), was a troubled time when society was dominated by warriors. Zen Buddhism strongly influenced religious stories and epic tales, such as The Tale of the Heike (Heike Monogatari).

From the Modern Times to the early 20th century

The Modern Times in Japan are characterized by the country’s isolation and the development of an urban popular culture: it is the Golden Age of theater, and especially of Kabuki plays, and poet Matsuo Basho (1644 – 1694) invented a new poetic form, the haiku.

At the end of the 19th century, the more than 200 hundred years long Japanese isolation came to an end, which allowed the development of various styles:

Literature inspired by Japanese history and traditions remained popular, especially thanks to writers such as Akutagawa Ryunosuke, Eiji Yoshikawa, and Yasushi Inoue.

Since the second part of the 20th century, Japanese writers have been prominent actors of the world’s literature and were distinguished by two Nobel prizes: Yasunari Kawabata in 1968 and Kenzaburo Oe in 1994. More recently, Haruki Murakami’s books enjoy an international success.

Japanese literature is largely appraised for the escape it offers while being quickly read, with novels and short stories purposely short to focus on what is essential.

Below, you will also find a selection of books to read before traveling to Japan with a practical perspective, such as travel guides, Japanese conversation guides and tips to learn Japanese, English-Japanese translations and other books to discover.

⬇️ Discover below all the articles and destinations related to this topic.
Your Rating on Japanese Literature
5/5 (1 vote) 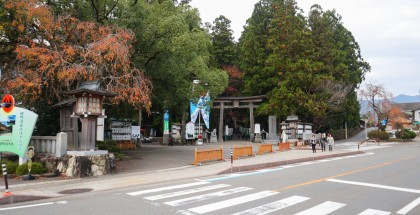 The Momiji Gardens in Tokyo
Rikugi-en is a large Japanese garden in Bunkyo ward, in the north of Tokyo. It was built in the 18th century…
Kanpai's rating

The Timeless Japanese Town
Onomichi is a port town on the shores of Seto Inland sea, in Hiroshima prefecture in Japan. It extends on the…
Kanpai's rating

Arashiyama Moss Garden under the Maple Trees
Gio-ji is a small Buddhist temple located in Arashiyama, in the north-west of Kyoto. It is famous for its…
Kanpai's rating

The Stroll Garden in the East of Tokyo
Kiyosumi Teien is a Japanese garden located in Kiyosumi-Shirakawa district, in Koto ward opening on Tokyo Bay…
Kanpai's rating 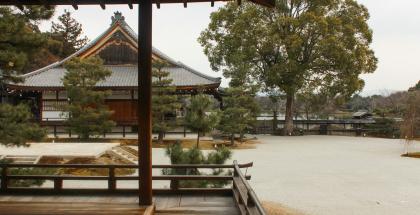 The Imperial Complex in Sagano
Daikaku-ji is a temple complex of the Shingon Buddhist school, located in the north of Sagano ward in Kyoto…
Kanpai's rating

Shikoku Island’s thermal capital
🚧 Renovation in Progress
Matsuyama is the capital of Ehime prefecture, in the north-west of Shikoku Island. The city is home to one of…
Kanpai's rating 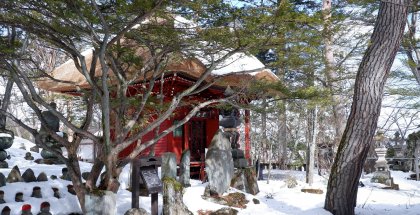 The Former Villa of the Maeda Clan
Kamakura Museum of Literature is located in the south-west of Kamakura’s downtown, near Kotoku-in temple. Its…
Kanpai's rating

One of Japan’s Oldest Shrines
Shimogamo-jinja is an old 12th century Shinto shrine, located in Demachiyanagi in the north of Kyoto. It is…
Kanpai's rating 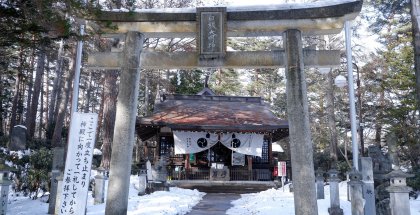 The Shrine Protecting Nara’s Great Buddha
Tamukeyama Hachiman-gu is an old Shinto shrine located next to Todai-ji, at the limit of Nara Park and Mount…
Kanpai's rating 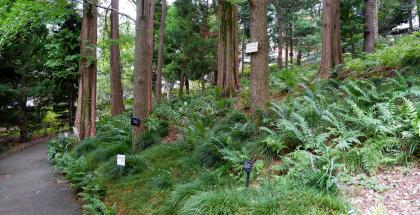 Itabashi’s Vegetation Library
Akatsuka Botanical Garden is a small park in Narimasu district of Itabashi ward, in the north-west of Tokyo…
Kanpai's rating 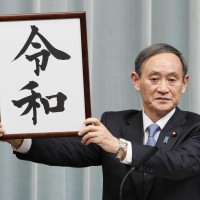 Japan changed its imperial calendar on May 1st, 2019, with Prince Naruhito’s accession to the throne. For the…