風呂 furo, or its more polite form お風呂 Ofuro, indicates a "bath" and commonly the Japanese "bathroom 🛁." Daily bathing is an integral part of the Japanese way of life. We can find private baths in most tourist accommodations and homes, even those with a small surface. The Japanese bathing ritual does not have a lot in common with those in Western countries.

In the two dominant religions of Japan, Shinto and Buddhism, water is a purification element, allowing riddance of all defilement and contamination, both physical and spiritual. Bathing in Japan was a practice initially developed by monks to exclude illnesses. Then, they taught others and allowed people to benefit from this ritual. After many years, collective baths became common in cities and villages in order for everybody to easily benefit from them. We can distinguish between two types of establishments still existing: the public bath, or sento, and the natural hot spring 🌸, or onsen ♨️, also called Japanese thermal waters.

Japan’s bathing ritual is a moment for relaxation and for mental and physical well-being, going above classical hygiene requirements. The usual habit requires cleaning the entire body before going into the bath’s hot water. Therefore, the bathrooms in Japan have developed specific arrangements due to this tradition.

The bathroom is made of two distinct areas:

In accommodations, toilets 🚽 are usually separated in a small, dedicated room not far from the entrance. Above the flush, a tap allows the bather to directly wash their hands after usage. However, in hotel 🏨 rooms and in smaller areas, water closets (WC) are included in the bathroom and the shower space is absent.

How to use a bathtub in Japan

In Japanese households, it is not rare for young children up to elementary school age to take their baths with their mother or father, which also creates bonds between them. Usually, bathing takes half an hour, and it is taken in the evenings to relax after the day and, ideally, to empty the mind before sleeping. Each day, the bathtub water is the same for the whole family. Indeed, the water remains clean even after use, as it is not used to wash the body, and it is usually re-used for the laundry machine. The washing machine is located next to the bathtub and is linked by a flexible pipe that is put in the bath’s water in order to pump the water to be used to wash clothes. Note that not all Japanese people follow this system and some simply throw away the water after bathing.

In families where not everyone takes their bath at the same moment of the day, a cover, called futa, is put above the tub to keep the water warm. Otherwise, it is possible to warm the water via a pumping system that circulates the water in an integrated water heater and is controlled by a control panel located on the wall. Some individuals living alone can also reuse the water for the following day.

Just a reminder, nudity in Japan is not taboo, whether bathing with family or unknown people. There is no insisting or heavy glances and all remains natural. This practice also allows the erasure of the different social classes and, therefore, favors contact between individuals "without uniforms." Obviously, common baths are separated between men and women, and there are some private versions for couples and families. As a tourist or foreigner, it is very important to respect these rules in order to not bother or offend Japanese people.

At first glance, the Japanese bathroom seems too technically sophisticated. As a traveler, you use only the shower part in order to avoid dealing with a remote in Japanese to successfully fill the bathtub. However, those willing to enjoy bathing in their accommodations can view the below translation of a control panel in a classical Japanese bathroom. 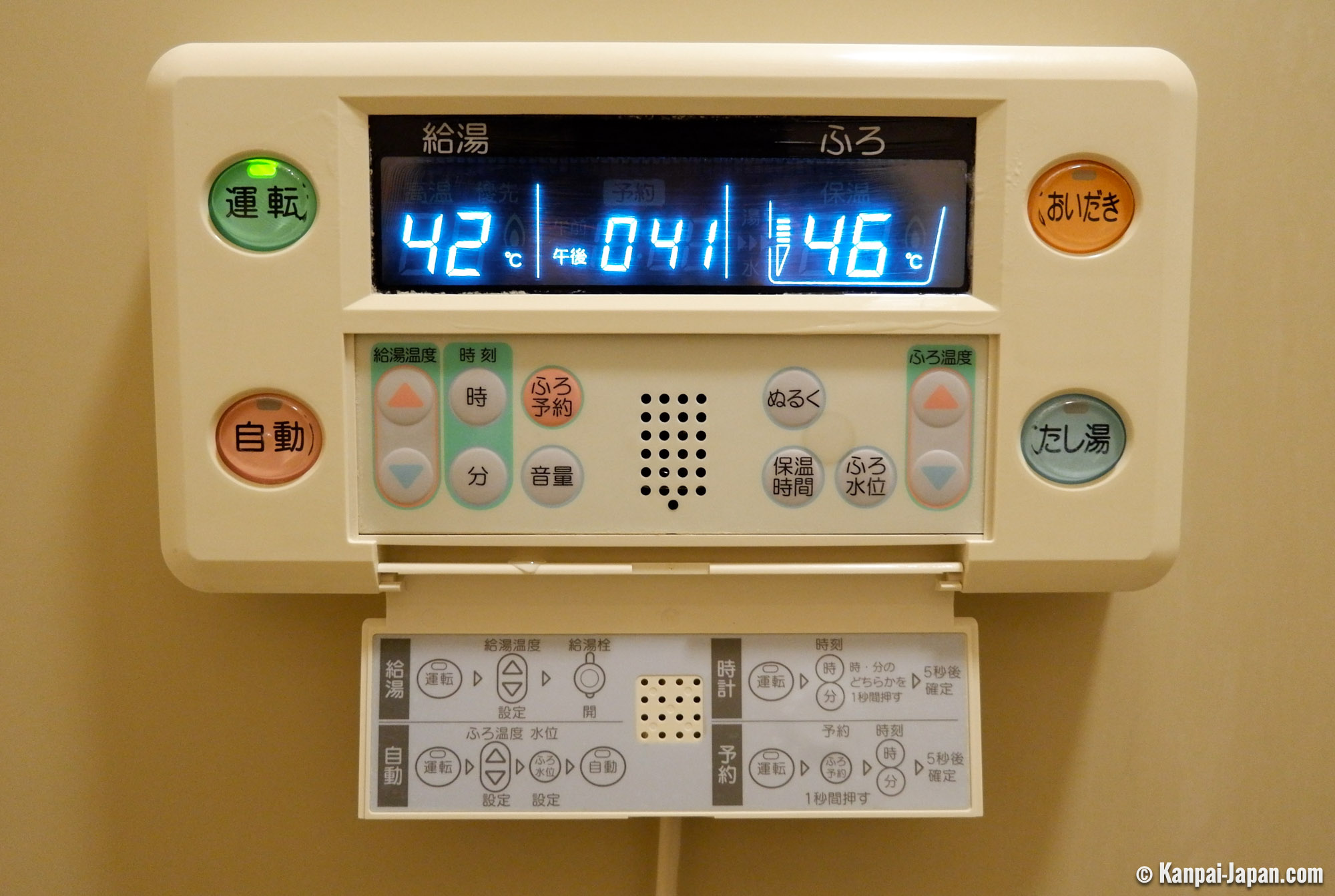 From a Western point of view, the experience may happen to be funny: ask anyone in Japan if they knows his…

A Guide to Japanese toilets

The reputation of Japanese toilets precedes them almost everywhere in the world and rightly so: they are…