The latest life-expectancy figures around the world once more confirm that Japan ranks among the top countries for longevity. Although it is powerless in the face of the sharp population decline already well under way, Japan nevertheless continues its progress in this respect. Thus, according to a 2014 report from the Japanese Department of Health:

Needless to say that a long life expectancy is, for the greatest part, based on healthy living, and the Japanese are comparatively well positioned in this respect. Despite a recent tendency to gain weight, especially among the young, it is comparatively easier in Japan to remain slim.

There are two good reasons for this:

And this is reflected by travelers too, who, although keen to enjoy the large range of delicious food offered by Japanese cuisine, sometimes lose a few extra pounds during their trip! An experience that runs contrary to that of most travelers to the US…

In 2008, the Japanese government passed a law called “Metabo” (with reference to the “Metabolic Syndrome”) in a bid to try and cut health-related expenses. This high profile law is supposed to impose penalties on companies hiring overweight employees i.e., according to its criteria, with a waistline larger than 85 centimeters for men and 90 centimeters for women.

According to the official campaign, these are the limits beyond which people run a higher risk of having high blood pressure, cholesterol, diabetes or being subject to strokes. Such persons should therefore take action in order to lose weight and reduce their health risks. It would seem that men are more at risk than women.

It has therefore become compulsory in most companies to undergo a yearly medical examination for screening purposes in order to target potential risk categories, i.e. all employees aged 40 and above. The said employees are provided with advice and information and even sometimes training to help them effectively curb their weight and lead healthier life styles notably through improved diet and physical exercise.

However, only 46.2 % of the persons concerned were screened in 2012, a slow progress since the law was first enforced. Among at-risk patients, only 16.4% were scheduled for follow-up visits, a far cry from official targets for 2017, respectively 70 and 45%.

One may also doubt the relevance of waistline measurements as a risk assessment factor.

In a country of Sumo wrestlers, life style habits of the general public are mainly based on a mix of healthy eating and regular physical activity.

Japanese people are certainly not ascetics feeding exclusively on refined sushi 🍣. They face temptation everywhere, and need to refrain from indulging in the careless consumption of:

The staple foods of Japanese cuisine, however, such as fish (rather than meat), rice and tofu, eaten with green tea, are a source of low-fat protein.

Fruit and vegetables should also be eaten in large quantities (although these are expensive in Japan) especially at breakfast, for energy intake and expenditure throughout the day. A blender is the ideal solution for quickly-prepared meals.

In the West, the latest vegetable fad seems to be for konjac, which probably holds no more miraculous virtues than a global healthy dietary balance.

The Japanese have recently become more careful of the fat content in their processed foods and the number of calories is now more often mentioned on the labels of supermarket produced bento 🍱.

In the country of umami, it is unusual to thin a meal with sauce although meat or vegetable broth may be used. Similarly, the Japanese use very little salt, sugar, cream or milk.

Surprisingly, the use of chopsticks allegedly permits the Japanese to eat in smaller quantities, thus allowing for a better fat burning effect. And it may also be unnecessary to eat in great quantities in order to feel full.

This gives us no clue, however, as to whether it is also good for your dietary balance to noisily slurp your noodles!

Finally, since fat storage occurs mainly during periods of inactivity, it is very important not to eat anything up to two to three hours before bedtime.

The tradition of ラジオ体操 radio taiso, a choreography of Japanese gymnastics performed by all school children in the mornings to the sound of specific music, seems to be quietly fading away.

In Japan, however, sports clubs are quite expensive: the cost of a one-month subscription in large cities such as Tokyo or Osaka is around 10,000 Yens (~US$87.45).

Many people go jogging in the numerous green spaces or natural parks. Riding a bike 🚲, a very common practice in Japan, is also a great way to burn fat on your way to and from work or school.

Slimming, in fact, implies first and foremost achieving the weight ideally suited to your own physical and mental health balance. 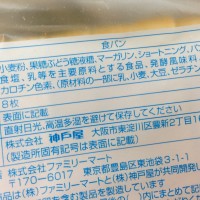 How to cope with allergies in Japan

I myself am subject to food allergies and that's what leads me to develop the topic today. This…