The centenarians’ recipe in Japan

If Okinawa has its (well deserved) reputation of a tropical paradise, it is also famous for being home of the world's most numerous centenarians in good health. Some data:

To demonstrate that the reasons were not genetic, a study related these figures with those of 120,000 Japanese native of Okinawa living in Brazil. The results are stunning: for these emigrants, 17 years of life expectancy less and 12 times less centenarians. Less impressive numbers (yet still alarming) are found among younger generations in Okinawa, influenced by the US military presence, tourism and junk food.

In order to understand the why and how of this success among Okinawa’s elderly people, a daily pattern can be described via 3 main axes followed by this population: diet, physical activity and way of life. Obviously, this model cannot be strictly imported in our lives, but it is possible to get inspired from it, as much as possible.

Food in Japan is traditionally more balanced than in Western countries. And Okinawa cuisine is known to be even better for health. Indeed, the eaten ingredients possess protective substances. Here are some of the components of their diet:

Okinawa’s seniors usually had a job which required physical activity and they walk a lot. They also almost do not smoke at all.

Philosophy of life in Okinawa

The third axis of good health followed by Okinawa elderly people is not about food nor physical, but physiological. It is all about a way of life linked to nature and flows of energy.

Their manner to overcome life’s difficulties is done with patience, tolerance and resilience. In this philosophy of life, you try not to overreact in front of a threat or a problem, which might not be as serious as you think. Analysis must be done with reason and relativity (just like in some martial arts). Therefore, this means spending less energy on an everyday basis.

To calm down, there are many small techniques that everyone should get inspired from: slow breathing, focus on cardiac rhythm, meditation, stretching your body, contact with water and sun exposure…

It is also essential to feel surrounded. Several studies show how important for a person to weave social bonds (family, friends, communities…) with the goal of creating a strong support around you. 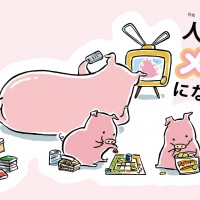