10 Years After the 2011 Nuclear Accident

On March 11, 2011, a magnitude 9.0 earthquake occurred 130km (about 80 miles) off the shore of Tohoku area in Japan and spawned a large tsunami that smashed on the northeastern coast of Honshu Island. Located on the Pacific coastline about 250km (155 miles) north to Tokyo, the nuclear power plant Fukushima Daiichi, operated by Tepco, was damaged. A power outage first, then a flood impaired the cooling down of four of its six units, triggering their meltdowns. The following days saw multiple explosions and the wind scattered radioactive clouds toward Fukushima prefecture’s land. Radioactive materials were also released in the ocean.

These three consecutive unheard of events are known today as the "2011 Great Tohoku earthquake." Direct victims of the earthquake and tsunami waves were mainly found in Miyagi and Iwate prefectures, "indirect" victims were mainly living on the coastline around the power plant and contaminated by radiations.

The evacuation of the population after the radioactive cloud

In April 2011, the Japanese government designated uninhabitable the area within a 30 km (18 miles) radius from Fukushima Daiichi. The order to partially or totally evacuate was given for the following cities:

At the peak of the evacuation in 2011, about 165,000 inhabitants became "Fukushima refugees". The term includes two categories of people:

According to Cécile Brice-Asanuma, a researcher at CNRS (French National Center for Scientific Research) in Japan, the official count amounted to approximately 80.000 refugees in 2017. In November 2020, the Reconstruction Agency found there were still 37,000 refugees from Fukushima prefecture.

Nuclear refugees were first sheltered in hastily built temporary housing, on vacant lands in the periphery of other cities and villages. These prefabricated houses, named kasetsu jûtaku (仮設住宅), with minimalist amenities, were provided by the Japanese state for a two years period. Tepco also paid a ¥100,000 (~US$765) monthly compensation per person. However, daily life expenses were still on the refugees’ wallets, and many of them, who were farmers before the accident, lost their source of revenue.

The Japanese government always considered the possibility of the population’s return in the evacuated areas. As soon as 2013, when Tokyo won the organization of the 2020 2021 Summer Olympic Games 🏅, Shinzo Abe, then Prime Minister, promised a resolution of Fukushima’s problem by the opening of the sport event. The start of the Olympic torch relay in the Tohoku was even decided as a symbol of the reviving of a normal life in this region. The Japanese government thus aimed at overcoming the great Tohoku earthquake and Fukushima nuclear accident within the next ten years.

To achieve this goal, the world’s nuclear regulators, very influential in Japan, helped to work towards this goal, especially:

Regarding the refugees, the logic applied results from an analysis of costs and benefits: taking care of the evacuees is too expensive over the short term. Thus, as soon as September 2014, the goal shifted from bearing the costs of the residents’ evacuation and their lives afterwards to building resilience and accepting for a while higher radioactivity levels in the territories near the power plant.

Consequently, important communication campaigns, including Ethos Fukushima, a program similar to Chernobyl’s in 1986, created to help the victims of Fukushima Nuclear disaster, were launched to inform the population, and children in particular, on the effects of radioactivity. The lingering idea being to teach the refugees to live with it without fear.

From 2014 to 2019, Fukushima prefecture lifted a large part of the evacuation orders and no-go zones. Evacuees from the concerned towns who could not settle in another place were thus strongly invited to come back home, especially since a ¥100,000 (~US$7,654) one-stand "return subsidy" per household was offered and that housing subsidies for refugees were definitely stopped in 2018.

Other prefectures sheltering refugees maintained their financial help a little bit longer. Some dismantled the temporary housings while relocating evacuees in newly built collective housings, that were indeed more sustainable, but whose rent was to be fully paid by the refugees. Traces of refugees’ camps have been slowly disappearing, but their population was still not fully covered. In the wake of the government’s lack of acknowledgement, refugees face a difficult choice:

Some chose to come back to their hometown

On average, about 22% of the population previous 3.11 has returned in the evacuated area in December 2020, but with great disparities between the villages. The areas located the farthest from the nuclear plant and that reopened the earliest have retrieved more than 50% of their inhabitants. The main reasons for return are a strong relationship with the hometown furusato (故郷) and the land, as well as difficulties to settle elsewhere. Returners are mainly:

As a matter of fact, some families have failed to settle in a new place and start a new life, especially as victims of radioactivity. In the same way as the hibakusha (被爆者), the irradiated victims of Hiroshima and Nagasaki bombings, many children of Fukushima have been bullied or rejected in their new school. The reasons behind rejection were certainly the fear of radioactive contamination (放射能汚染, hoshanô osen in Japanese) or the fact they were strangers and thus different from the group. In Japan, acceptance by one’s social environment is essential and key to a successful integration. But Japanese society has a hard time acknowledging exceptions and can lack solidarity, which often happened to Fukushima refugees.

Returners must also deal with territories abandoned for several years. The local revitalization is still to create in the next ten years, such as rebuilding daily life infrastructures, shops and health facilities for example.

Others decided to never return

Among Fukushima refugees, those who settle outside their prefecture, and especially in large cities such as Sendai, Niigata or Tokyo, are less likely to return. It seems they have found a "normal life" in a more urbanized environment and can live without housing subsidies.

Most of them are working families who educated their children in a new setting that has become their daily life. Children, who have no desire to return, embolden their parents to definitely leave Fukushima behind.

Another important reason for not returning is the issue of radioactivity and the management of radioactive waste in the process of decontaminating soils and the dismantling of Fukushima Daiichi that is expected to last dozens of years. Refugees consider that health conditions are not satisfactory and will probably never be, with the surrounding forest and mountains that cannot be decontaminated and will be polluted with radioactive cesium for a long time.

Compared to Iwate and Miyagi, Fukushima prefecture’s reconstruction will be the longest. The consequences of the nuclear accident are still visible a decade after it happened, despite a voluntarist policy to foster return in the affected territories. Criticism is strong against the government which fails to provide actual health and sanitary guaranties, as well as financial means to help refugees get back to a proper life.

In September 2020, the High Court of Sendai in Japan confirmed the responsibility of both Tepco and the Japanese government in Fukushima nuclear accident. The determined compensation amounts to a little bit more than one billion yens (~7.7 million dollars) in favor of 3,500 plaintiffs. The judge acknowledged that the two defendants did not take the necessary preventive measures against a possible large scale tsunami, whereas its probability to occur in this area was identified long before 2011 by the Ministry of Education, Culture, Sports, Science and Technology.

The court’s rule allows to alleviate Fukushima refugees’ situation, even if it is still fragile and complex for many of them. As for 2018, a number will remain: 2,211, which is the number of refugees deceased due to bad life conditions (suicides related to stress, diseases, etc.), a figure higher than the number of dead due to the earthquake and tsunami (about 1,605) in Fukushima prefecture.

The great Tohoku earthquake has left traumatized survivors, a population who tries to recover in preserving memory and trying to set an example for future generations. Tourism in Tohoku is still possible and the main attractions, such as Sanriku Coast, have been rehabilitated. In Fukushima prefecture, Aizu inland area offers abundant beautiful landscapes and has not been impacted by radioactive particles. 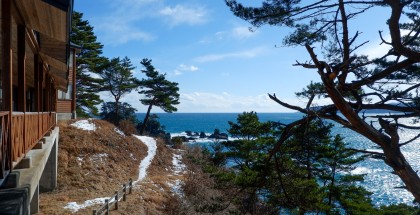