Things to do in Japan in March

In March, graduation ceremonies (sotsugyôshiki in Japanese) are held at each school throughout Japan, announcing the end of the academic year. Spring vacation, which lasts several weeks, is the opportunity for Japanese families to visit theme parks 🎡 and other attractions.

The first influx of tourists arrives within the month, and crowds peak around March 20th at the start of ohanami, as the season of blooming cherry trees is one of the best times to visit Japan.

Japanese people follow the same trend and assiduously visit the most beautiful gardens and temples of the archipelago. Workers do so in the evenings or at nights, and retired people visit them early in the morning.

As March goes on, the occupancy rate of accommodation increases in the big cities, especially in Kyoto and its surroundings, as people seek gorgeous views of sakura 🌸. Airfare prices skyrocket for last-minute travelers hoping to find vacant seats.

We are definitely out of the negative temperatures for most of the country except in the north, from Tohoku to Hokkaido, which still have snow and open ski resorts at the beginning of the month.

Overcast skies with occasional rains cover Japan in March, lowering the visibility on the mountains. Otherwise, sunny days offer a pleasant and ideal warmth, encouraging people to venture outside to lunch in parks and under the trees.

Just like February, the third month of the year has only one public holiday:

There are two other important dates for families and couples:

Top things to do

The war between the photographers is also declared as people compete for the best angles, and setting up a camera 📷 on a tripod to take picture at night is often banned in the most crowded temples, especially in Kyoto.

Apart from the lively atmosphere surrounding cherry blossom season, Japan in March has several celebrations, be they traditional or commercial.

Below is a list of Japanese seasonal attractions and events in March:

Mornings and evenings are still chilly and require a warm, thick coat. In case of rain ☔️ that lasts several days, it is wise to plan to bring two pairs of shoes to keep your feet dry. Transparent umbrellas, which are cheap and sold in Japanese konbini, are efficient enough for a few hours’ strolling.

With the opening of the picnic season, it can be interesting to bring your own blanket or tablecloth to stretch out on the ground. Also, a backpack of average capacity will allow you to bring snacks and bento 🍱 during a day-long excursion.

The ephemeral beauty of the blooming landscapes will quickly fill your camera, so think about taking extra memory cards, batteries, and film (for analog photography amateurs). 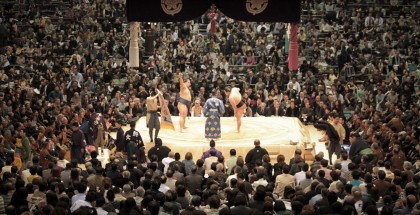 A complete guide
There are tournaments all over Japan every odd months and Osaka is hosting one of them in March. I jumped on…
Kanpai's rating 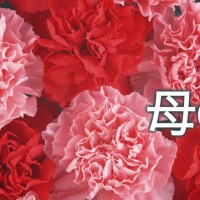 Mother’s Day in Japan takes place on May’s second Sunday, as in most countries of the world. While not a…