Bank cards in Japan: ending of the puzzle

All travelers know this: not only Japanese people are not big users of bank cards, favoring the eternal cash, but their usage can happen to be complicated.

We have to clearly distinguish two main uses of the credit card 💳:

These latter tend to be surprising as there is a low compatibility between the Automated Teller Machines (called ATM 🏧 as well in Japan) with our bank cards. Having a VISA to withdraw cash will remain easier than with a Mastercard, and we can even forget about Electron or Maestro.

The Ministry of Economy, Trade and Industry pointed out that in September 2013, only 24% of Japanese ATM enable foreign cards to withdraw Yens 💴.

Tourists therefore stick to safe values by withdrawing solely in the Citibank (blue logo) and Japan Post (red logo) machines. Mastercard even published a free smartphone 📱 application, MasterCard Nearby, allowing to find the closest compatible ATM (unfortunately poorly rated by users and not updated since 2016). Even so, stay careful about your withdraw and payment limits!

Another surprising aspect for Westerners: we have to deal with ATM opening hours, copying those of the bank nearby: therefore, it's not rare that an ATM might be unavailable after 4 or 5 pm. Fortunately, 7-Eleven konbini deliver cash anytime (via their 24,000 Seven Bank ATM) but only for VISA cards since mid April 2013.

An update has been made from January 10th, 2014: 7-Eleven also accept Mastercard, American Express and Cirrus as well as Maestro, these latter without the EMV microchip.

As usual, we do recommend to arrive in Japan with a certain amount of Yens in cash, exchanged in your home country.

More banks and ATM compatible since 2015

Three giants of the Japanese banking industry announced delighting news to all Japan tourists in 2013: their ATM accept the foreign bank cards since 2015. Tourists are then able to withdraw from Mizuho, Mitsubishi UFJ (MUFJ) and Sumitomo Mitsui (SMBC).

For each of these three, here is the list of their ATM available throughout Japan:

This implementation aims to support the increase of foreign visitors on the archipelago, targeting directly for the future Tokyo 2020 Olympic Games 🏅, and reassures worried visitors. Japan is expecting to more than double the number of tourists by then, up to 40 millions per year.

For more clarity, we gathered the three logos of the concerned banks, next to the two safe values mentioned earlier, so that you can remember them until your next travel!

And because Japan would not be the same without this kind of unusual news, we can pay in Japan with these specific limited edition cards: 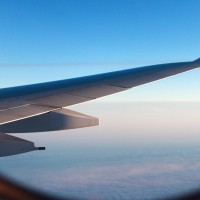 This page will be updated with the best airfare deals when they will be available. Discount airplane…