How to offer a present in Japan

There are many occasions on which Japanese people give gifts, and some are considered a type of social duty:

The gift-giving culture is so developed in Japan that, for example, お土産 omiyage (regional souvenirs, often food) have their own dedicated stores, called 専門店 senmonten, and their annual sales are huge.

The process of giving gifts remains relatively codified —more so in Western countries— sometimes up to being a small ceremonial process. It is therefore advised to know proper protocols so as to avoid awkward moments when choosing and offering.

A big advantage in Japan is that a large majority of stores offer "ready-to-give" objects to support this gift-giving culture. Some presents are already wrapped before being placed on the shelves. If not, many merchants will propose wrapping up the purchased products or sending them directly to recipients with a small note.

Sometimes, price tags are deliberately left on gifts. This helps gift givers find the right balance, so that their present is not perceived as being too cheap or too expensive. Indeed, the receiver should not be embarrassed: in numerous cases, we offer a return gift of the same or slightly lower value.

If a gift is hand delivered, it must be presented with two hands and received the same way in addition to a more or less marked, thankful bow. Beforehand, it is customary to play a little polite game:

Usually, presents are not unwrapped in front of the giver unless the latter suggests it, for example to explain the nature of the present or to justify the choice. If this is the case, the opening should be done with delicacy.

Traditional wrapping calls for a specific paper called 掛け紙 kakegami, circled by an elegant 水引 mizuhiki ribbon. The color and knotting vary according to the event: in the case of a celebration, for example, we respect a red and white code for births and white and gold for weddings. A small origami decoration called a 熨斗 noshi completes the gift and brings luck to the recipient.

Numbers and meanings to avoid

In addition to these recommendations, Japanese people also avoid spoiling a gift based on traditional beliefs.

Thus, it is advised to avoid offering:

The Western system of sales is different from Japan’s. Japan does not have specific periods throughout the… 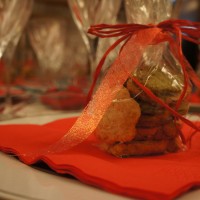 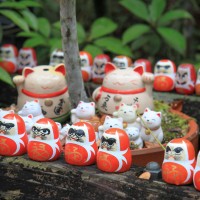