The Castle Town of the Samurai Era in Fukushima

Aizu-Wakamatsu is a city nestled in the mountains in the west of Fukushima prefecture, in Japan’s Tohoku area. Once the former feudal capital of Aizu domain, the city has become a touristic destination renowned for its castle and samurai clans’ heritage. Amateurs of retro shopping will also enjoy the local traditional craftsmanship.

About 3 hours by train 🚅 from Tokyo station, Aizu-Wakamatsu is an interesting introduction to Fukushima prefecture and more broadly to northern Japan. The city is surrounded by grandiose natural landmarks such as Lake Inawashiro, Mount Bandai, and the marvelous Oku-Aizu Valley. Outdoor activities are plenty, from skiing in winter to long hikes in summer.

Aizu-Wakamatsu’s downtown is also worthy of interest thanks to several places that are reminders of the city’s past glory as Aizu domain’s samurais’ capital during the Edo period (1603 – 1868). Let’s have a closer look at the sightseeing possibilities.

Tsuruga Castle 🏯 (or Aizuwakamatsu-jo) was inaugurated in 1384 by Ashina Naomori. Several daimyo lords of various clans would rule the domain over time. The Matsudaira clan settled in the domain during the Edo period and ruled for several generations until 1869 and the Boshin Civil War, consequence of the restoration of the imperial power in the early Meiji Era. Considered one of the last bastions of samurais faithful to the Tokugawa shogunate, the castle was dismantled in 1874 by the emperor’s government.

The present days five-story keep, with white walls and red tiles roofing dates back to 1965. The reconstructed castle shelters a museum dedicated to its history and displays some typical feudal warriors’ gears, such as swords and kabuto helmets. On the upper floor, an outdoor observation gallery was arranged and offers a beautiful panorama on Aizu-Wakamatsu on clear weather days.

The park at the foot of the castle is large and still displays the remnants of the stronghold that can be discovered in a pleasant walk. Cherry trees 🌸 and maple trees are abundantly growing in this green space and guarantee beautiful colors in spring and in autumn. Lastly, a specific enclosure is home to a traditional teahouse named Rinkaku.

About ten minutes’ walk from Tsuruga Castle, it is highly recommended to visit the lovely Oyakuen seigniorial garden. Specialized in medicinal herbs, it was re-designed in 1696 in a typical Japanese promenade garden, around a main pond, small stone bridges and miniaturized waterfalls. Designated National Place of Scenic Beauty in 1932 and opened to the public in 1953, Oyakuen is a beautiful example of a garden built during the Tokugawa shogunate.

Several tea houses are also arranged in the garden, such as:

Oyakuen is particularly beautiful in autumn, when the koyo 🍁 foliage of the maple trees spread in flamboyant red hues throughout the grounds.

In the main avenue Nanuka-machi Dori vintage shopping amateurs will find a comprehensive overview of the local craftsmanship: hand painted candles (e-rousoku) that are decorated with seasonal flowers at Hoshiban, Aizu lacquerware, as well as cotton fabric and its manufacture open to the visit.

As for the local gastronomy, it is represented by sake 🍶 at Suehiro Kaeigura brewery, where it is possible to learn about the Japanese alcohol’s brewing process in a guided tour visiting five kura converted into sake breweries.

Keen visitors might notice tombstones, that seemed abandoned, interspersed between souvenir shops and restaurants. Most of them are affiliated to Amida-ji temple whose grounds lies at the entrance of the district. More than 1,300 warriors of the Aizu clan, who died during the last siege of the castle are entombed here. They used to be protected by a great statue of Buddha, but it was used as war effort material in 1939-1945.

The best of Aizu-Wakamatsu in a few places

Aizu-Wakamatsu is an easy access by train, bus, or car 🚙. From Tsuruga Catsle’s Park, that is the ideal starting point to discover the city, one can go:

We recommend staying one to two days for a better immersion in this Japanese city’s history at the times of the samurai.

This article was written after a tour sponsored and organized by the Tohoku area and related prefectures. Kanpai has been invited and guided but keeps a total freedom of editorial content.
⬇️ Further down this page, discover our visit guide in Aizu-Wakamatsu and around.
By Kanpai Updated on November 30, 2022 Aizu-Wakamatsu
Review this place Have you ever visited Aizu-Wakamatsu ? Share your opinion
Community's rating
4.50/5 (2 votes)

Our Pictures of Aizu-Wakamatsu

How to go to Aizu-Wakamatsu?

By train -- ~3h from Tokyo station (including transfers):

Find a flight to Fukushima

When to visit Aizu-Wakamatsu?

All year round, ideally during the cherry blossom season from mid-April and for one to two days

How to say Aizu-Wakamatsu in Japanese?

Where to stay in Aizu-Wakamatsu? 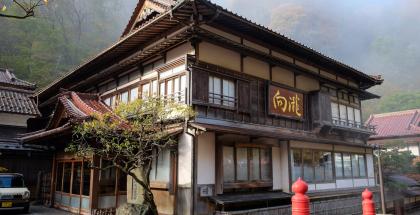 Tsuruga Castle's Official Website (in Japanese and in English)

What to see near Aizu-Wakamatsu?

The Beautiful Distant Valley of Tadami River
Oku Aizu is a valley formed by Tadami River, in the heart of Echigo Mountain range, attached to Fukushima…
Kanpai's rating
~25km away 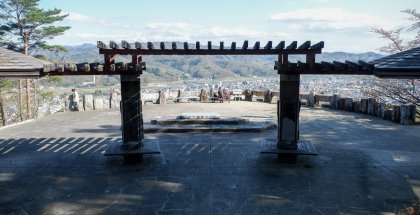 The Underrated Prefecture Capital
Fukushima City is the capital of the eponymous prefecture, located about 300 kilometers to the north of Tokyo…
Kanpai's rating
~45km away 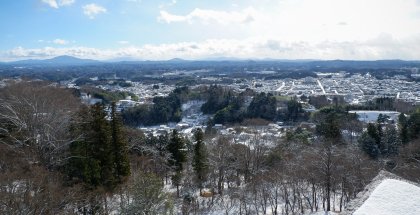 The Small Feudal City in Fukushima
Nihonmatsu is a small town located at the foot of Mount Adara, in the north of Fukushima prefecture in the…
Kanpai's rating
~47km away 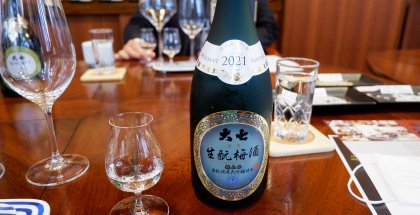 The Exceptional Kimoto Sake Brewed in Nihonmatsu
Daishichi is a Japanese sake brewery located in Nihonmatsu, a small town of Fukushima prefecture. Founded in…
Kanpai's rating
~65km away

A Come-back in Meiji Era
The Northern Culture Museum was established in the former residence of Ito family, located to the west of…
Kanpai's rating
~86km away

The Shrine in the Mountains of Nikko
Futarasan-jinja is a syncretic shinto shrine located in Nikko, in Tochigi prefecture in Japan. Founded in the…
Kanpai's rating
~86km away

The Agriculture Experience in Niigata
Agri-Park is a facility for agricultural education located in the south of Niigata, in the north of Japan’s…
Kanpai's rating
~86km away

Aizu-Wakamatsu and the Kanpai Community