Shiofune Kannon-ji is a vast Buddhist temple located in Ome city, in the west of Tokyo. The 1,300 years old site is renowned for its myriads of multicolor azaleas (or rhododendrons) blooming in mass from mid-April to early May. Japanese people come each year to the dedicated Tsutsuji Matsuri organized in the little valley dominated by an impressive bodhisattva Kannon statue.

Shiofune Kannon-ji’s precise foundation date is unclear but estimated during Taika era, between 645 and 650. According to the legend, it was founded by Yao Bikuni, a Buddhist nun who lived up to 800 years old. She gained this incredible longevity when she accidentally ate mermaid’s meat in her youth.

The founding act was the enshrinement of a small wooden statue of Senju Kannon (1,000 arms Kannon, the bodhisattva of compassion) in the valley. The original statue is said to be still preserved in the main hall to this day. It is exhibited each year during many religious ceremonies.

Highlight of the azaleas’ spring blooming

Shiofune Kannon-ji hides in a valley whose entrance is only accessible from the streets of a pleasant countryside town. At festivals times, visitors are welcomed by the usual food stalls in front of the temple: ice cream, yakisoba fried noodles or takoyaki octopus balls. The entrance of the temple is enlivened by small lanterns 🏮 and flags, and they alleys are bordered with colorful banners.

The best period to visit Shiofune Kannon-ji is during the azaleas blooming that reach a peak between mid-April and early May. It follows the high seasonal touristic peak of sakura 🌸 in Tokyo. Rhododendrons shrubs on the valley’s sides are adorned with gorgeous vivid colors, from pink to red and purple and white. The highlight is Tsutsuji Matsuri, the azaleas festival held on May 3 each year. On this day, many events are held, such as a walk on the fire 🔥 in which anyone can participate.

A still lively religious devotion in the ancient temple

The first building is dedicated to Buddha Amida, who reigns over the Pure Land. Then a few steps sided by tall pine trees lead to a small plaza. There, visitors find a water basin for purification. There are also several statues of Jizo, the protector of children, and an altar dedicated to Yakushi Nyorai, the Buddha of medicine.

The main hall, Hondo, was built higher on the hill. It is not as big as the central building in the heart of the valley, but its thatched roof covered with moss shows its age. During matsuri periods, an impressive number of Japanese visitors come to bow in front of this pavilion and line up to get a goshuin, a calligraphy affixed with the temple’s stamp.

A beautiful and colorful rhododendron valley

A bit above the Hondo, a first overview of the valley unfolds. The scenery is enhanced by the blooming rhododendrons, and can be enjoyed longer while walking on the heights and stopping at the many viewing spots. On the right, a slope on the hillside leads to an ancient bell, Shofuku no kane that anyone can ring to beckon chance. Its soft sound frequently resonates in the valley during the visit.

Climbing up the hill is rewarded by several beautiful panoramas. However, going down small paths to be surrounded by the blooming shrubs is also recommended. On the highest places, benches are installed to enjoy the view, and several groups of visitors spend their lunch break there. Naturally, places are hard to get, as all want to enjoy the view for the longest time possible.

A flower paradise dominated by the statue of Kannon

Such an abundance of azaleas in a temple’s grounds is rare. In the heart of the capital, there is also the rhododendron hill in Nezu-jinja, but its scale is much smaller. The multicolored hues and the care with which Shiofune’s garden is maintained create the feeling of being in a kind of paradise. Even the number of visitors is not a drawback when enjoying such a vast place. On the left side, there are, for example, pleasantly quiet paths. Small groups can spend most of the day there, hidden behind the bushes in the heights.

The valley is dominated by a tall statue of Kannon. The plaza at its foot is an observation platform on the temple’s grounds. Downwards, a small pound surrounded by stones reinforces the impression of Garden of Eden. Many downward and upward paths cross the azalea bushes and allow a full immersion in the place, and to stock up on perfumes and colors for the year.

It is strongly recommended to arrive early in the morning to enjoy the place without too many visitors. On a side note, there are very few foreign tourists in Shiofune Kannon-ji. Beside the azalea blooming season however, the place loses in charm and is a little bit too far from Tokyo to be a must-see.

Ideally during Azalea Festival between mid-April to early May, during 1:30 to 2 hours.

Allow about 1 hour on a normal day

Azalea Festival (Tsutsuji Matsuri): mid-April - early May (dates vary according to the weather)

Free, except during matsuri periods 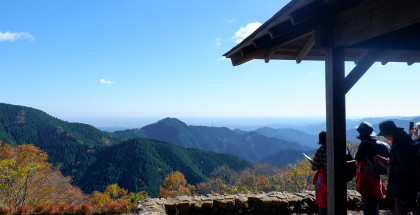 A walk around Musashi-Mitake Shrine
Mount Mitake is a sacred mountain in Japan, located in Chichibu Tamakai National Park which is attached to…
Kanpai's rating
~13km away 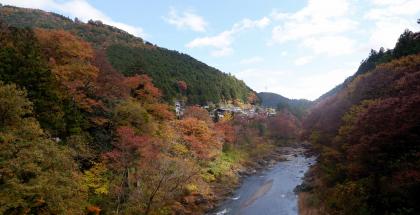 The Hike to Lake Okutama
Hatonosu Valley is a canyon formed by Tama River in the heart of Chichibu Tama Kai National Park, in Okutama,…
Kanpai's rating
~16km away 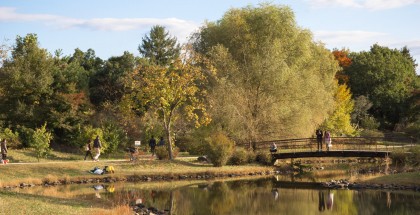 The Large Green Lung in Western Tokyo
Showa Memorial Park is a vast green area located in Tachikawa, in Western Tokyo. Since its inauguration in…
Kanpai's rating
~20km away 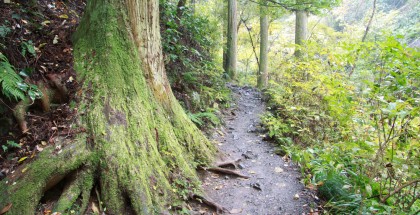 Great hiking spot close to Tokyo
A few dozens of minutes from the heart of Tokyo is Takao-san, a mountain which Japanese people have revered…
Kanpai's rating
~22km away 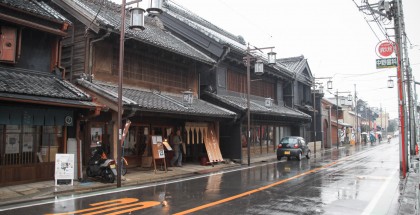 The disappointing little Edo
Tokyo is a city in such a constant change, it sometimes undergoes the Japanese obsession to deconstruct and…
Kanpai's rating
~24km away 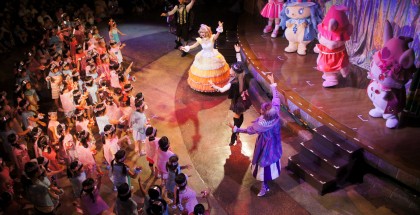 Hello Kitty Land near Tokyo
Sanrio Puroland is an indoor theme park, dedicated to Hello Kitty and friends, located in Tama city, in the…
Kanpai's rating
~25km away

A Maple Tree Forest at Tokyo's Doorstep
Heirin-ji is the biggest temple of the Zen Buddhism Rinzai school in the Kanto area, located in Niiza city in…
Kanpai's rating
~28km away

Chofu’s old hidden temple
Jindai-ji is a Buddhist temple located in Chofu, about 20 kilometers west of Tokyo. Built in 733, it is the…
Kanpai's rating
~28km away