Japan is one of the top 10 countries in beer consumption, as Japanese people drank more than 2.7 billion liters of beer in 2015. However, this very high level of consumption has been slowly decreasing since the beginning of the 2000s, with Japanese people beginning to favor other alcohols, such as wine and whiskey. The Japanese beer industry has been operating since the end of the 19th century and has had several ups and downs. In recent decades, it has begun producing various types of beers, which outsiders have both considered interesting and criticized.

Dutch people first imported beer to Japan in the 17th century (during Edo period), and the first Japanese beer was produced in 1853 by Komin Kawamoto, a doctor who logically applied Dutch brewing methods. Starting in the 1870s, the current major Japanese beer brands launched:

There are now numerous eclectic breweries across the archipelago.

In the 20th century, the Japanese government’s eagerness for taxes, combined with world wars, created a very unstable economic context in which it was difficult for beer companies to survive alone. In 1933, the three main beer brands merged under the name Dai Nippon; this league lasted until 1949. In the postwar era, beer consumption accelerated. A brewery had to produce at least 2 million liters per year in order to get a license, which removed all chances for small-scale breweries to survive. In this industrial era, the large Japanese beer companies conquered the competition.

Since that time, the three main brands have joined with a fourth, Suntory, to control the national market. Asahi is in the lead thanks to the launch of its famous Super Dry brand in 1987, with about 35% of national beer sales. Kirin is next with 30%, followed by Suntory with 15% and Sapporo with a 10% share of the market. Orion, which is based in Okinawa, is in the fifth position; it owns less than 1% of the domestic market.

Alcohol abuse is harmful to your health. Please drink with moderation.

The mainstream Japanese beers are lagers, which are blond in color, light in flavor and low in alcohol. This is the style used for all of the gigantic brands, and it is characterized by its soft yet bitter taste. Lagers are very refreshing, so they go well with typical Japanese meals such as sushi 🍣 and ramen 🍜.

With lagers’ complete national success, this style of beer has huge competition, especially as each brand is a dry beer; it can be difficult to perceive differences in taste among the major brands. Some Western amateurs disapprove of this homogeneity of taste, judging Japanese beers to be insipid.

The most popular individual beers include Asahi Super Dry, Kirin Ichiban, and Sapporo Black Label. Industrial producers have also invested in the premium sector, for which the beers are made of select natural ingredients. Suntory, the first brand to break through in this sector, developed an offering called Yebisu with 100% malt and deep flavors; this was supposedly close in flavor to European beers.

In 1994, the market was revolutionized when the Japanese government decided to soften its laws regarding breweries, especially the law that required a minimum volume of annual production. Afterward, regional beer came back, and small-scale producers had a chance to succeed.

Today, Japanese bars and specialized boutiques offer a new range of beer types, such as ales and stouts. All of this creativity has led to more success, and the Japanese people have begun to discover the richness of the global beer culture. Tiny breweries (usually those that began by producing sake 🍶) are now diversifying their production to include beer. Some of them are well-established in the market and enjoy a great reputation:

Combined, these breweries’ estimated shares of the market are about 2%.

Also as a result of the 1994 law change, the beer market became more complex. The rise of regional breweries, along with the high tax on alcoholic beverages that have more than 66.6% malt (around 30% of the cost of a 350-ml can of beer), worried the four big brands. The companies fought this with innovating marketing methods.

These companies reviewed the traditional recipes and created happoshu, a second-generation low-malt beer (and thus lower taxes), as well as low production costs and a taste similar to that of the much-loved blond beers. The sales of the happoshu beers are high, accelerated by advertising campaigns based on the refreshing and diet-friendly properties of these drinks. Moreover, the white and green packaging of the cans is reminiscent of organic alcohol. These beers include Asahi Style Free, Kirin Nodogoshi-nama, and Sapporo Hokkaido Namashibori.

In 2004, Japan followed this trend toward "beer-like" beverage category called happosei, New Genre or third-generation beers. Kirin Tanrei, Sapporo Draft One and Suntory Kin-Mugi are examples of this type. These no-malt beers are made entirely from substitutes such as soy, wheat, corn and pea proteins, and they are very competitive in terms of price, as they are even less taxed than happoshu beers. Japanese people now consume more happosei than happoshu. Happosei beers are very low in alcohol, impurities, and calories, so they are advertised as being better for one’s health than ordinary beers; therefore, they are most popular among women.

Recently, Japan’s finance minister decided to modify the country’s tax laws, which the major market players have called archaic for several years. To stimulate the competitiveness of Japanese beers in the global market, Japan is decreasing taxes on beers and other carbonated drinks starting in 2020 and progressively increasing until 2026. As part of the same trend, the list of authorized ingredients was expanded in 2018; this should mean fast growth for Japanese craft beers.

On March 1, 2018, Asahi’s prices increased by about 10%. The company’s last price increase was back in 2008 because of higher ingredient costs.

In Japan, beer is easy to find and is often sold in single cans, including in convenient stores, supermarkets, underground galleries or large malls. Higher prices usually meant higher malt content. Craft beer, which is much more expensive than industrial lagers, can often only be purchased in specialized liquor or spirit stores.

Travelers can even use vending machines to buy alcohol, but just as with cigarettes, customers need to show a Japanese ID card to prove their age; the minimum age is set at 20 years old. As a result, foreign tourists cannot consume beers from vending machines.

During meals, Japanese restaurants typically present classic dry beers, which are served on draft. Bars and casual drinking places like izakaya usually have a broader range of beers, both industrial and regional. It is interesting to examine the choices of both bar owners and amateurs.

Another way to savor a Japanese beer is to visit a brewery. In Tokyo and Osaka, it is easy to find a plant that produces a popular brand. These plants offer one- to two-hour tours, which always end with a beer tasting and some Japanese crackers. Yebisu Beer Museum in the Roppongi district of Tokyo is also easily accessible.

It has also become quite easy to find Japanese beers in Western countries. Increasingly, specialized stores, and even some large supermarkets, supply them.

Beer is a favorite drink during matsuri, a celebration of the spring and of blossoming cherry trees 🌸. Toasting is very important, so… Cheers aka Kanpai! 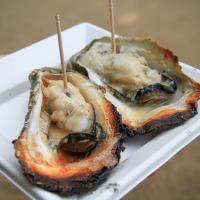 Sushi is a well-known culinary feature of Japan and has long been exported throughout the world. Since the…