On 2020, November 3rd and the following days, the world watched closely as American citizens elected their president, whose political orientation would greatly affect international relationships.

The United States had to face a major presidential election amidst an unprecedented health crisis that deeply impacted the economy, and a rising social unrest. The country had to choose between the incumbent Republican president Donald Trump (74 y.o.) and former Democratic vice-president Joe Biden (78 y.o.).

The complicated situation in the US

At the beginning of 2020, Donald Trump’s reelection seemed almost certain, however, the Covid-19 🦠 outbreak quickly turned into a global pandemic in March and had his certitudes falter.

The pandemic itself put a halt on the global economic situation, with most of the countries imposing lockdowns or curfews to jugulate the spread of the virus, while millions of people were affected by the disease and more than 1,26 million died (as of November 9th).

The United States were greatly affected as well, with the absence of coordinate response to the crisis at federal level and repeated statements by Donald Trump to minimize the gravity of the pandemic, even after he had tested positive to Covid-19 and been hospitalized a couple of days. As of November 9th, 237,574 Americans died from the virus.

What about the Americans living abroad?

Like their fellow citizens at home, all voting age Americans abroad were to send their ballot for the November 3 election. However, their exact number is unknown as there is no mandatory registration or declaration of residence when living abroad. The only precise account is for the U.S. Forces, who need to know how many members are in service throughout the world. As a consequence, global data regarding American citizens living overseas are only estimations, partly based on the possible residents’ country administrative monitoring.

According to official estimations, there were 4,8 millions Americans (excluding military) living abroad in 2018, and 2,9 millions eligible to vote in federal elections. Very few of them actually use their right to vote: in 2016, only 6,9% of American citizens living abroad had cast a vote, against an average of 71,9% for those living on the United States’ territory (Source).

It may be due to a lack of interest in their home country politics, but also to the complexity of voting from abroad. U.S. embassies do not serve as polling stations, consequently U.S. citizens must either come back to their home state, or resort to mail-in ballot to exercise their right to vote.

Those who chose mail-in or absentee ballot face several hurdles:

This process was even more complicated before the Military and Overseas Voter Empowerment (MOVE) Act passed in 2010, which helped simplify and encourage overseas citizens to vote.

According to the Federal Voting Assistance Program, U.S. voters abroad are mainly employees and most of them have at least a Bachelor degree.

Who are the American citizens in Japan?

In Japan, Americans represent the first non-Asian foreign community, with 57,713 citizens in 2017 according to the Japanese Ministry of Justice's census. To this number, one must also add about 54,000 military personnel and their 45,000 dependents, as well as 8,000 Department of Defense employees.

Due to the American presence in Japan, the biggest U.S. communities are to be found in:

In the 2016 presidential elections, only 4,8% of U.S. population of voting age in Japan (125,779 of an overall population of 137,231 Americans, including military personel and dependants) cast their vote.

Japan and the U.S. relationships

Since the end of WWII, Japan has been heavily depending on the United States for military protection in Asia, as the 1947 constitution, written under general McArthur’s authority, only allows the country to maintain a minimal self-defense force. On the other hand, Japan also holds a strategic position in the area, especially against China’s influence. Both countries are also economic partners, with significant trade exchanges, and Japan financing a great part of the United States’ national debt.

Since 2016 presidential election, former Prime Minister Shinzo Abe succeeded in securing a good relationship with Donald Trump in taking a practical stance and not trying to distance Japan from the United States as did many countries in the world.
The incumbent president, however, pressured Japan to withdraw U.S. troops from its territory and was expected to request a larger financial contribution for the troops’ maintenance if reelected.

Japan also needs to be in good terms with its giant neighbor China, which was not always easy considering Donald Trump's constant attacks recently. With Joe Biden’s election, Japan hopes for the resuming of the Trans-pacific partnership, established by Barack Obama and terminated by Donald Trump, to stabilize the relationships with China.

The first beaten record is the number of early votes: On October 30, about 100 million Americans had already cast their vote, despite Trump administration’s efforts to prevent a smooth operating of the US Postal Service. For comparison, the total of early votes cast in 2016’s presidential race was 46,220,922 according to the Elect Project’s data.

As of November 9, the vote turnout rate is estimated one of the highest since the 1960s, with about 66,4% of the voting age population participating.

As a consequence of the unusual number of ballots, the votes count lasted several days after the election night, and the new presidents’ name has only been officially announced on 2020, November 7th.

And the winner is...

Donald Trump had long decided to contest the election if the results were not in his favor. Such contestation already happened in the 2000 election, but whatever the outcome, the name of the next four years’ U.S. president will be confirmed at the latest on 2020, December 14, by the Electoral College's vote.

Maintaining good relationships with the United States is crucial to Japan, whose population had often supported president-elects in the past, always with a humorous touch:

Regardless of what the future holds, Joe Biden may already be favorably considered thanks to the two visits he paid to Japan when he served as Vice-president: 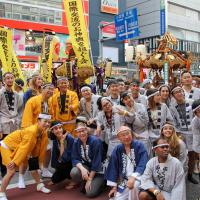 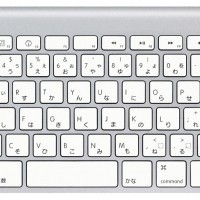