On Wednesday 29 July, as many countries in the world, Japan released its daily statistics related to Covid-19. But this day marked a turning point in its fight of the pandemic, as were identified in the archipelago:

However, Japan is still one of the countries where the virus was best fought until now. As a matter of fact, despite the doubling of the number of cases in Japan since late June (that can also be explained by a serious rise of targeted tests numbers):

On July 30, the prefectures the most severely hit were:

Xenophobia did not protect against Covid-19 pandemics

Let us be clear: the coronavirus 🦠 pandemic is a real health and economic disaster for the world, and each new confirmed case is too many. But this pandemic was at least good to slap down xenophobic theories that well up in Japan each time a new threat arises. Unfortunately, as everywhere, populism and its biased logic are flourishing, especially as Japan’s Prime Minister Shinzo Abe is often leaning toward radical right-wing political support.

In the United States, with the "Chinese Virus" (sic), the conspiracy communication does not aim to protect citizens but adds fuel to the fire of a somehow nonsensical commercial war. As for Japan, the idea that foreigners are impure and that they are the vectors of diseases is strongly rooted. Following this idea, Japanese government found an easy solution: close the borders to 146 foreign nationalities to ward Covid off of Japan!

However, despite the borders still being closed, even to most foreign nationals with permanent residence in Japan who dared traveling abroad, the country is facing since early July a second wave of Coronavirus. It is not in the same proportions as in many areas such as Iran, Hong-Kong, or Australia, but the figures speak volume (see the front picture).

Japan had conveniently forgotten that the virus does not have a face, it strikes regardless of:

Without vaccine or adequate therapy, the only real protection remains solidarity: respect physical distancing and wear sanitary masks 😷, as well as a massive testing policy and a 14-days self-isolation for those who were in contact with confirmed cases.

The example of an opened Western Europe this summer, without relapse

Let’s see what’s happening in Europe, and especially in France: the reopening of borders inside Schengen area and to a certain extent to some other countries did not spur a second wave, even more than 6 weeks after the reopening. For the French West coast, from Brittany to Landes, the R0 (virus transmission rate) over 1 are indeed related to summer tourism, but the touristic frequentation is nowhere as important as it used to be.

With good reason: British, German, Belgian and Dutch tourists, who usually flocked on France Western beaches 🏖, and despite being allowed to travel there since June 15, did not come in the same numbers as in the previous years, to the great disappointment of local retailers, hotelkeepers and restaurants.

But Europe was not (yet?) hit by this dreaded second wave. The final answer will come at the end of summer.

Japan is currently learning its lesson: the virus doesn’t need foreigners to spread. The "Go To Travel" campaign launched on July 22 (against the recommendations of health experts) offers discounts to Japan’s residents when traveling in the country’s other prefectures, except Tokyo. It is an effort to promote intra-national tourism, and tourism industry per se, as Japanese people are the first visitors of their country.

On the very same day when the number of daily Coronavirus confirmed cases exceeded 1,000 for the first time since the beginning of the pandemic, Japan and China Foreign Affairs ministers started negotiating to reopen Japanese borders to Chinese tourists, who rank first when it comes to the number of foreign visitors in Japan and spending money there.

Other Asian countries should be included as well in a near future, and Europe is expected to be in the short term, hopefully! When it happens, let us not forget good practices, be they from visitors as well as from residents, to continue avoiding the spread of the virus without stopping to live.

Vaccination rollout in Japan : the key for reopening the borders Covid vaccination in Japan did not only…

Covid-19: When and How to Travel in Japan with looming Coronavirus in 2022

The Coronavirus outbreak really surprised the world since early 2020. In the span of a couple of weeks, the… 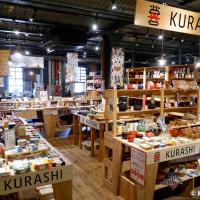