Osamu Tezuka (1928 – 1989) is considered the father of modern manga. He is sometimes nicknamed "the god of manga" to emphasize how strong his influence was on this prominent aspect of popular Japanese culture.

An untiring worker, he drew about 700 manga and created more than 70 anime, series or animated movies. He often drew himself with a big potato nose and heavy round glasses, the head covered by a beret hat and leaning on his drawing board.

Despite the childlike appearance of his characters, he could write about serious subjects and did not refrained to explore many genres: fantastic, science-fiction, historical, horror...

Osamu Tezuka’s most famous works are for example:

and many more, that have become classic manga.

Several places pay tribute to the master of manga, especially the dedicated exhibition space in Kyoto Station, and Suginami Animation Museum (Tokyo). Since 1994, Osamu Tezuka has his own museum in Takarazuka, near Osaka, where he spent his younger days.

⬇️ Discover below all the articles and destinations related to this topic.
Your Rating on Osamu Tezuka
4/5 (2 votes)

Destinations in Japan for Osamu Tezuka

The Anime Neighborhood
Suginami Animation Museum is located in the eponymous ward, in the north-west of Tokyo. Opened in 2005, its…
Kanpai's rating 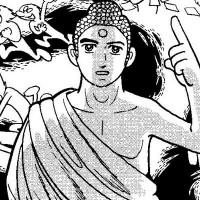 In our series about references of Japanese pop culture, we already listed the Top 10 Best Japanese Animation…