Sumpu Castle Park is a historical public area located in the city center of Shizuoka on Honshu, Japan's main island. This ground is known to have been the home of Tokugawa Ieyasu shogun. All that remains today are the castle's ruins, a restored gate which can be entered and a small but splendid Japanese garden.

In order to fully appreciate the visit, it is important to remember the historical context of the place: Ieyasu spent his childhood in Sunpu Castle, hostage of the Imagawa clan who, at that time, controlled the whole area. This episode remained anchored in his memory: as much as for the education he received, one of the best, as for his temperament forever wrought in his mind by these years far away from his family. After unifying the country and being in power for two years, Tokugawa Ieyasu decided to retire to Sumpu (Shizuoka's former name). A great reconstruction and expansion of the original buildings took place in 1607 where moats, a donjon and a palace ware edified and financed by the funds of daimyo lords, henceforth under the command of the shogun.

From this golden age, there is unfortunately not much left today. We recommend starting the tour by the East Gate which remains the most interesting monument of the park. In addition, moats on this side are still present and a small wooden bridge marks the fortified entrance. This latter is actually not this huge, but we can quickly imagine its defensive potential. Colossal horizontal beams, made up from one unique trunk, support the building.

Once inside, after removing shoes, the feudal defensive systems' history is illustrated by several models and pictures of Japanese castles 🏯, as well as some exhibited armors. Not so much English information is displayed in this small museum, the main interest rather being the outside strolling.

Indeed, walking in the perfectly maintained park space leads to an attractive Japanese garden. All the typical aspects making up such a place are found there: a pond with some rocks cut in the middle, a pine perfectly pruned, a small tea room and gorgeous seasonal colors. Delightful for the eyes.

In the park's Northwestern corner, archeology amateurs closely observe ongoing excavation work; the site welcomes the most curious visitors. Again, very few explanations are given in English. However we can get closer to some elements and tiles from the donjon and have fun rebuilding them. Finally, at the center of Sumpu Park, we can see a beautiful and imposing statue of Ieyasu, who still seems to look after his castle.

Sunpu Ruins are not a must-see sight, yet its easy access from the JR station guarantees a minimum of tourist attractiveness. Note that at the park's exit throught the Southern moat, the Shizuoka Prefectural Government Office has a free observatory deck on the 21st floor. Its visit is warmly recommended; on a clear day, Mount Fuji 🗻 and the Southern Alps can be seen in the background, as well as an enlarged view out over the city in the foreground.

⬇️ Further down this page, discover our visit guide in Sumpu Castle Park and around.
By Kanpai Updated on November 14, 2022 Parc du château de Sunpu
Review this place Have you ever visited Sumpu Castle Park ? Share your opinion
Community's rating
4.43/5 (7 votes)

Our Pictures of Sumpu Castle Park

How to go to Sumpu Castle Park?

Where is Sumpu Castle Park?

When to visit Sumpu Castle Park?

Allow one hour for the visit

How to say Sumpu Castle Park in Japanese?

What to see near Sumpu Castle Park?

Shizuoka’s Sacred Place
Kunozan Toshogu is a Shinto shrine dedicated to Tokugawa Ieyasu, located on the Pacific coast of Japan in the…
Kanpai's rating
~13km away

The Pine Trees Beach With a Unique View on Fuji-san
Miho no Matsubara is a beach bordered with pine trees in the east of Miho peninsula, on Suruga Bay in…
Kanpai's rating
~33km away 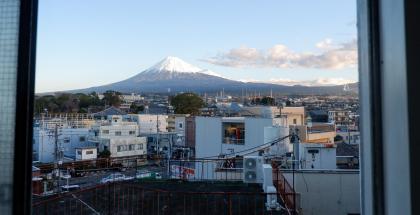 The City and Tea Plantations at the Foot of Fuji-san
Fuji is a city located at the south of Mount Fuji on Suruga Bay, in Shizuoka prefecture, in Japan. Its…
Kanpai's rating
~34km away 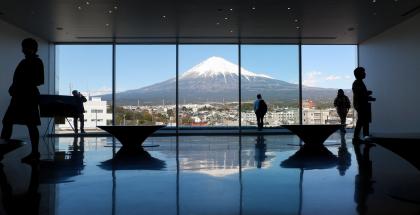 Fuji-san’s Museum
Mt. Fuji World Heritage Centre is an exhibition gallery dedicated to Fuji-san and located in Fujinomiya in…
Kanpai's rating
~34km away 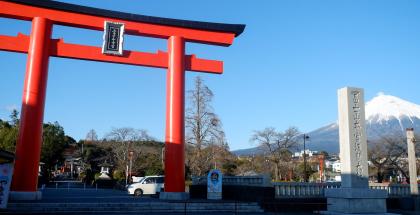 The Shrine to Mount Fuji’s Goddess
Fujisan Hongu Sengen Taisha is a Shinto shrine located on the south-western foot of Mount Fuji, in Fujinomiya…
Kanpai's rating
~34km away

The Quiet City on the South-western Side of Mount Fuji
Fujinomiya is a small Japanese city located to the south-west of Mount Fuji in Shizuoka prefecture, half-way…
Kanpai's rating
~41km away

The Delightful View on the Top of Mount Fuji
Lake Tanuki (Tanuki-ko), located on Asagiri Plateau in the west of Mount Fuji, belongs to Fujinomiya City in…
Kanpai's rating
~52km away