Capital of the former Echizen Province

Fukui is the capital of Fukui Prefecture on the coast of the Sea of Japan. Fukui used to be one of the powerful cities of Echizen Province, and despite frequent destruction, in particular due to bombings in 1945 or an earthquake in 1948, it has always retained its traditional craftsmanship and historical heritage.

Located only a hundred kilometers to the south of Kanazawa, Fukui Prefecture is not a popular touristic destination yet, contrary to the neighboring Ishikawa. It might change in the future since the Hokuriku line of the Shinkansen 🚅 will serve the regional capital and will also serve Tsuruga from 2023. It will soon be possible to discover the area directly from Tokyo. Fukui City is the leading representative of the prefecture and offers many activities as long as one fancies exploration aside from downtown Fukui.

At the exit of JR station, visitors are welcomed by surprisingly huge and larger-than-life dinosaur reconstructions. The discovery of Fukui is certainly aimed at its rich and ancient past. The Jurassic scenery is a reminder of the numerous fossils of dinosaurs that have been discovered in the area. Fukui Prefectoral Dinosaur Museum is located in Katsuyama, in the eastern suburb of the city, and is among the most renowned museums in the world. A research center and the largest and most prolific archeological excavation site of the country are also located nearby.

In downtown Fukui, you can see a castle 🏯 moat without any donjon. Another part of Fukui’s history appears here: the end of the Sengoku period (1477–1573), as the fortified city thrived under military commander Katsuie Shibata. Kitanosho Castle had then reached its apogee. However, in 1583, after he lost the battle of Shizugatake, Shibata committed the ritual suicide seppuku to restore his honor and arranged for his domain to be burned down so that it would not fall 🍁 into enemy hands.

In 1606, the second son of the Shogun Ieyasu Tokugawa, daimyo Hideyasu Yuki, reused some of the remaining stones to build a new pavilion. Unfortunately, the five-storied donjon tenshu was destroyed by a fire 🔥 in 1669. The remains of the castle were definitely razed to the ground during the Meiji Revolution.

The premises are now occupied by modern buildings of the city council, a police station, offices and Fukui Prefecture’s head office. The ruins of the donjon, in the northeast part, are open to the public. Works to improve the site are in progress, and some significant structures are to be recreated, such as Okabashi Bridge and Yamazato-guchi Gomon gate. A project to relocate administrative precincts outside the moats is also currently under consideration.

Just a couple of minutes away, we strongly recommend visiting the historical Yokokan Garden, and, to a lesser extent, the Fukui City History Museum next to the garden.

Despite the population decline in the area, streets around the station are quite lively. Travelers will find numerous restaurants and souvenir shops. Fukui has a rich tradition of paper and pottery craftsmanship and is also a famous destination for gastronomy, so much so that you might want to visit Fukui only for its specialties. Among others, there are the famous Echizen-gani crab, the sea urchins, the mackerel sushi 🍣, the amaebi sweet shrimp, the katsu-don sauce, the Echizen oroshi soba noodles, and a delicious local Japanese sake 🍶 as well.

Fukui’s landscape is beautified each spring by the sakura 🌸 cherry trees blooming all around the city. The flower tunnel above the Asuwa River’s banks is a sight to see.

The transportation network is quite easy to use, and there are several options to discover the city, its surroundings, and its nice tourist sites. You can use the urban streetcar, the Echizen local train, or the bus to reach Eiheiji, Sakai, and Awara suburbs. However, the low frequency of those public transportation methods might prompt visitors to use a car 🚙.

This visit article has been written after a tour organized and sponsored by the Tokyo Metropolitan Government in order to promote the destination #HOKURIKU×TOKYO. Kanpai has been invited and guided but keeps a total freedom of editorial content.
⬇️ Further down this page, discover our visit guide in Fukui and around.
By Kanpai Updated on September 10, 2021 Fukui
Review this place Have you ever visited Fukui ? Share your opinion
Community's rating
4.60/5 (5 votes)

Our Pictures of Fukui

How to go to Fukui?

Where to stay in Fukui?

When to visit Fukui?

How to say Fukui in Japanese?

What to visit in Fukui?

Refinements of an Ancient Japanese Garden
Yokokan is a Japanese garden located in the center of Fukui, in the west of Honshu Island. During the Edo…
Kanpai's rating 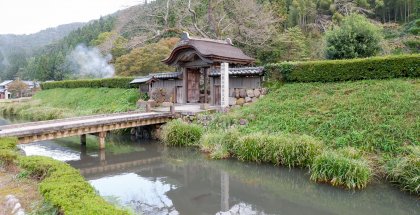 Where to stay in Fukui? 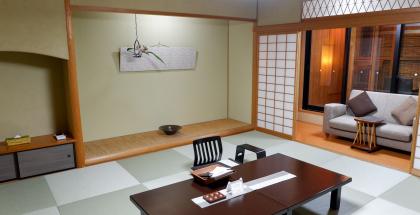 What to see near Fukui?

The Faubourg in Northern Fukui
Sakai is a city on the Sea of Japan, in the north of Fukui prefecture. The town is famous for its steep…
Kanpai's rating
~12km away

The Zen Meditation Temple in Fukui
Eihei-ji is a Buddhist temple of the Soto Zen school located in the eponymous village, in Fukui prefecture in…
Kanpai's rating
~17km away 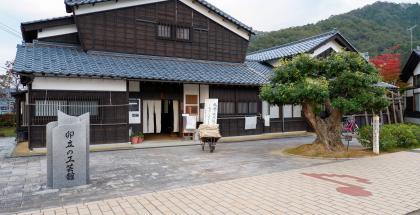 One of the Traditional Washi Paper Villages
Echizen is a city located in Fukui prefecture near the Sea of Japan, specialized in the art of making…
Kanpai's rating
~65km away

Traditional Thatched Roofs Villages
Shirakawago is a gathering of historical Japanese villages located in Shokawa Valley, in the northern part of…
Kanpai's rating
~65km away

The Temple-Museum in Shirakawa-go
Myozen-ji is a temple of the Buddhist Jodo School or "Pure Land school", founded in 1744 and located in…
Kanpai's rating
~67km away

The Park Adorned With Sakura
Kanazawa Castle is a fortified architectural complex located in Kanazawa city, on the shore of the Sea of…
Kanpai's rating
~67km away

Art Exhibitions in Kanazawa
The 21st Century Museum of Contemporary Art, Kanazawa is located just in front of Kenroku-en garden and the…
Kanpai's rating
~68km away

Fukui and the Kanpai Community