Is it normal to find a sexually explicit magazine at a local hair dresser in Japan ?

I have visited Japan for various reasons about 15 times and the last time was to get married. On this visit I went to a local ladies hairdresser in Konan city worked by a man, with my wife before the wedding . My Japanese wife had a shave of her facial skin.

Whilst waiting I looked at Magazines, normal you might think . But I found a magazine with sexually explicit nude pictures showing genitilia of Japanese young girls and in more than one magazine. I was worried for my wife's safety in the hands of this male hair dresser at a ladies salon.
I was worried that she might get groped as the hair dresser worked behind a frosted glass screen.

My wife said she had been there before but she did not know about the content of the magazines.

MY QUESTION IS : Is it normal to find a sexually explicit magazine at a local hair dresser in Japan ? and is that man safe to be with,
especially for young girls alone ?

By David Posted on December 22, 2017
Interesting question?
5/5 (1 vote)
The questions and answers in Kotaete Q&A Section are posted by Kanpai users. They do not necessarily reflect the views of Kanpai editorial team.

How to get a Japanese penpal friend

We are often asked how to become penpals with Japanese people, in order to practice your Japanese language… 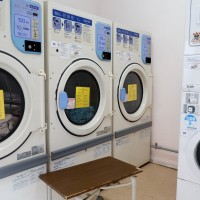 A Guide To Do Laundry in Japan

When we travel, easily and conveniently doing laundry is, without a doubt, an appreciated service. Even…