The Hokkaido City on the Sea of Okhotsk

Abashiri is a coastal town on the Sea of Okhotsk located in the north-east of Hokkaido Island in Japan. Renowned for its drifting ice floes, called ryuhyo, that form every winter, this fishing port is home to several cultural sites including a fascinating Prison Museum. There are also 5 lakes in the area where to observe the local wildlife.

Most of travelers have never heard about Abashiri, although its unique natural landscapes are often used for the archipelago’s touristic promotion. However, the Japanese are well-acquainted with the black and white lighthouse of Cape Notoro that was recently featured in a popular advertisement. Likewise, the sea of ice forming each winter in the bay is an iconic picture of Hokkaido, the northernmost and coldest island of Japan.

In the north-east of Hokkaido, several hundred kilometers from Sapporo and Asahikawa, Abashiri coastal town faces the large Sea of Okhotsk that extends to Russia’s shores.

Each winter from January to late March, drifting ice floes, called 流氷 ryuhyo in Japanese, form. This natural phenomenon is characterized by the saltwater freezing on the surface and forming ice sheets of various thickness that drift due to the action of the winds. This majestic and quite rare view attracts tourists to Abashiri, where there are 2 ways of admiring the white landscape:

If you can’t make it at the best period, you can still visit the Okhotsk Ryu-hyo Museum that recreates an ice block in a -15°C temperature underground room. However, we do not recommend this visit as it is not very interesting, with a relatively expensive admission fee. The surroundings of the museum on the contrary are worth the detour, as the facility is located in the upper floors of Mount Tento Observatory's building towering over the city.

Tentozan Observatory and its museums

Mount Tento (or Tentozan) culminates at 207 meters altitude and offers a beautiful 360° unobstructed panorama on Abashiri, and especially on:

In addition to its scenic beauty qualities, Tentozan Observatory also acts as the landmark where to find the main museums of the city. Do not hesitate to discover the remarkable site of the former Abashiri prison. Built in 1890 and used until the 1980s, this facility was Japan’s first high security penitentiary, designed to keep the country’s most dangerous prisoners as well as political opponents.

Walking through the museum helps understand the prisoners’ difficult living conditions at the times. They were indeed used as cheap labor force and thousands of them have taken part into the construction of the road between Abashiri and Asahikawa. The life-sized wax statues set up in realistic staging of prisoners and jail wardens allow to easily picture their daily lives as a collectivity secluded from the rest of the world. The architecture of the prison’s various buildings is also interesting, especially the star-shaped disposition of the prison cells.

The Museum of Northern Peoples is the second cultural site we recommend visiting. Its quite well-done exhibition presents the autochthon Ainu culture as well as of other ethnic communities of the Arctic regions, such as North America’s Inuits and Scandinavian Samis.

Additionally, Abashiri’s territory is surrounded by 5 lakes creating natural reservations for wild birds and a few protected plant species. The lakes are:

They offer pleasant hikes in the summer, elevated viewpoints, and a ubiquitous natural environment.

With a population of about 35,300 inhabitants, Abashiri is the last city easily accessible by train or by plane ✈️ at the north-eastern end of Hokkaido Island. In addition to its own touristic sites, it is the convenient gateway to Akan Mashu and Shiretoko National Parks. The local specialties are seafood and fishes (salmon, urchin, crab, etc.) caught in its cold waters as well as dairy products from its cattle farms.

⬇️ Further down this page, discover our visit guide in Abashiri and around.
By Kanpai Updated on August 31, 2022 Abashiri
Review this place Have you ever visited Abashiri ? Share your opinion
Community's rating
4/5 (3 votes)

Our Pictures of Abashiri

How to go to Abashiri?

When to visit Abashiri?

All year round, ideally in winter to sea the drift ice floes or in summer for hiking, during 1 to 2 days

How to say Abashiri in Japanese?

What to see near Abashiri? 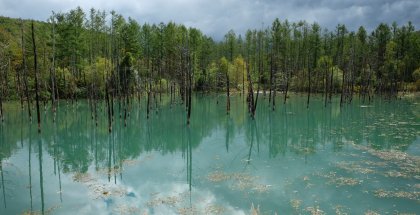 The Colorful Countryside in the Center of Hokkaido
Biei is a rural town of Kamikawa sub-prefecture, located at the center of Hokkaido island. It appears among…
Kanpai's rating
~155km away 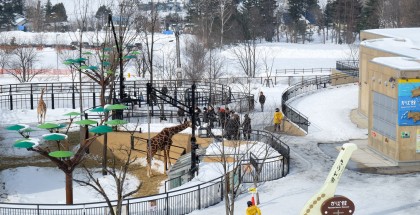 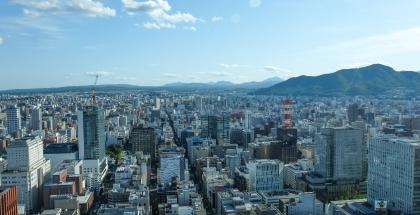 The Observatory of Sapporo Station
JR Tower T38 is an observation deck in the tower of Sapporo JR station on Hokkaido island. Located 160 meters…
Kanpai's rating
~258km away

Hokkaido’s capital
Sapporo is the 5th Japanese most populated city with close to 2 millions inhabitants, located in the northern…
Kanpai's rating
~262km away 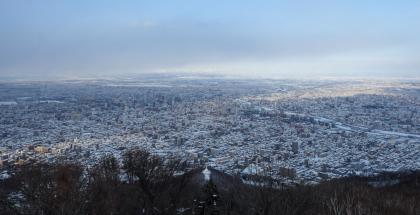 The Natural Observatory on Sapporo
Mount Moiwa is a 531-meter high hill in the south-east suburb of Sapporo, in Hokkaido. Thanks to its location…
Kanpai's rating
~279km away

The entertaining getaway from Sapporo
Otaru is a little port city in Ishikari Bay, in the north-east of Sapporo, on Hokkaido Island in Japan…
Kanpai's rating

Abashiri and the Kanpai Community