Ise’s Temple at the Top of Mount Asama

Kongosho-ji is a Buddhist temple located at the summit of Mount Asama, in Ise City, Mie prefecture. The spiritual site has been tied since its origins to Ise Jingu shrine that it protects from demons, and also takes roots in the Shingon esoteric school founded by Kukai. Visitors can explore its grounds up to the okuno-in, the holiest part of the site sheltering an impressive Buddhist cemetery.

After visiting Ise Grand Shrine’s Geku and Naiku sites, the second half of the Ise Pilgrimage continues a few kilometers further, on the heights of Shima peninsula, at the top of Mount Asama, culminating at 555 meters altitude and home to Kongosho-ji temple.

Guardian of the Gate of the Demons (north-east direction), Kongosho-ji is Ise Jingu’s protector temple since its foundation at the end of the 6th century by monk Kyotai Kato, of the esoteric Shingon Buddhist school. Kukai (alias Kobo Daishi) himself, developed the fame of the place which became eventually the largest temple of the peninsula. However, successive civil wars, its secluded location in the mountains in a typhoon 🌀-prone area ruined its influence.

Kongosho-ji’s decline period lasted until the 15th century. Later, several benefactors would finance its renovation, such as Ikeda Terumasa, a lord of Himeji in the beginning of the Edo period (1600 - 1868) who had the main pavilion reconstructed in 1609. Then, after the inauguration of the Ise-Shima Skyline scenic road in 1964, the temple was more easily accessible resulting in a growing attractiveness.

The entrance is marked by a moss-covered stone stairway overlooked by the Niomon gate, last renovated in 1979. One passes the raw wood bell tower to arrive to the lotus pond and its lovely vermilion, half-moon shaped taiko-bashi bridge.

Then Kongosho-ji’s main pavilion stands on an esplanade. Vermilion red on the outside, the building displays a richly decorated and gilded interior. Dedicated to Kokûzô Bosatsu, a Bodhisattva especially worshiped in the Shingon sect, the temple also shelters an image of Fukuichiman Kokuzo Daibosatsu, one of the three main portrayals of Kokuzo in Japan. It is possible to admire it once every 20 years, during the year following the Shikinen Sengu, the ritual reconstruction of Ise Jingu, that is to say in 2034 for its next appearance!

In front of the main hall, don’t forget to pet the two lucky guardian statues:

The visit of the temple does not stop here however, and its grounds is larger than it seems, spreading further into the forest.

Look for the Gokurakumon gate, characterized by its white arched porch. It is the access to the okuno-in area which is the most sacred and isolated part of the religious site. thus, Kongosho-ji is considered the Okuno-in of Ise Jingu, that is to say, "the temple in the back", the most secret and spiritual space of the complex.

Before reaching the last small plaza with the secondary pavilions of the okuno-in and the Jizo statues, the path crosses the graveyard homing the worshipers’ deceased souls.

A shaded alley is lined on each side with countless funeral monuments that take here the particular shape of tall squared wooden sticks called tohba (塔婆): an abbreviation of the term sotoba (卒塔婆), that is to say stupa in the Japanese pronunciation. This scenery specific to the area makes the visit very surprising and solemn but beware of mosquitoes who are also enjoying their summer outing.

Located close to the observatory at the top of Mount Asama, on the Ise-Shima Skyline road, Kongosho-ji temple is well worth a detour, for its importance in the Ise Pilgrimage and its various monuments reminiscent of how much Shinto and Buddhism are closely related to each others into Japanese people’s hearts.

This article was written after a tour sponsored and organized by Mie Prefecture's Tourism Association. Kanpai has been invited and guided but keeps a total freedom of editorial content.
⬇️ Further down this page, discover our visit guide in Kongosho-ji and around.
By Kanpai Updated on November 30, 2022 Kongosho-ji
Review this place Have you ever visited Kongosho-ji ? Share your opinion
Community's rating
4.67/5 (3 votes)

How to go to Kongosho-ji?

All year round and for one to two hours

How to say Kongosho-ji in Japanese?

What to see near Kongosho-ji?

The Mount Asama View on the Peninsula
Ise-Shima Skyline is a scenic road leading to the top of Mount Asama at 555 meters altitude. The 16.3…
Kanpai's rating
~5km away

The Married Couple Rocks of Futami Okitama
Meoto Iwa is the name of a couple of sacred rocks, the "husband and wife rocks," affiliated to Futami Okitama…
Kanpai's rating
~6km away

The Birthplace of Cultured Pearl
Mikimoto Pearl Island, initially named Ojima, is located in Ise Bay on the shore of Ise-Shima peninsula, in…
Kanpai's rating
~6km away 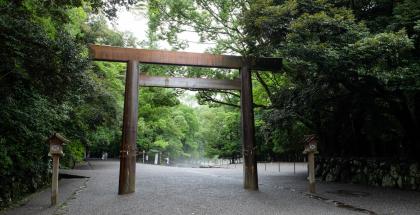 The Amazing Kintetsu Train to Ise-Shima
Premium Express Shimakaze is a luxury train operated by Kintetsu Railway. It serves Ise-Shima Peninsula, from…
Kanpai's rating
~14km away 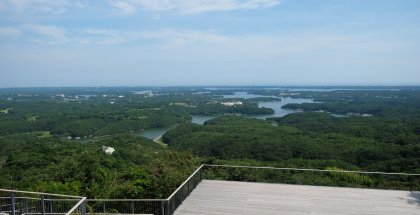 The Lookout on the Islands of Ago Bay
Yokoyama Observatory is a view point on the side of Mount Yoko, at 203 meters of altitude, affiliated to…
Kanpai's rating
~15km away 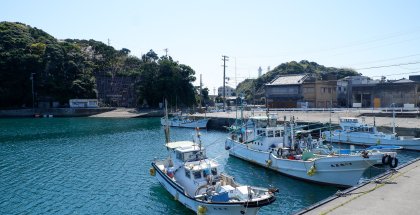 The Seaside Village on the Ago Bay
Shima is a town in the south of the Ise peninsula, in Mie Prefecture, Japan. Its 2 bays, Ago and Matoya, form…
Kanpai's rating
~68km away

The Vast Spiritual Complex in Aichi
Toyokawa Inari is a syncretistic place of worship home to both a Buddhist temple and a Shinto shrine, located…
Kanpai's rating
~79km away 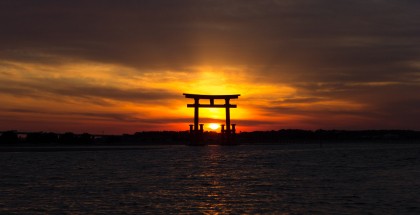 The torii of the setting sun
Bentenjima is a little island at the junction of Lake Hamanako and the Pacific Ocean in Hamamatsu City,…
Kanpai's rating

Kongosho-ji and the Kanpai Community