In 2019, the Gay Pride, now more largely called the March for Lesbian, Gay, Bi, Transsexual and Queer Pride (LGBTQ+), was celebrated for the 50th year. Therefore, each national event had a peculiar atmosphere. The parade is usually celebrated in spring 🌸 Japan. However in 2020, the Tokyo Rainbow Pride 2020 was canceled due to the Covid-19 🦠 outbreak.

In a country where the social harmony has more importance than personal beliefs, homosexuality in Japan remains conditioned by ties to the classic family model. This starts as early as school, where sexual and contraceptive education classes are simply nonexistent. Popularizing responsible sexuality remains the role of parents; however, too often, they prefer to not talk about the topic with their children because it is considered too confidential. Youngsters do not dare express themselves and tend to isolate themselves.

In the theoretical and Western sense of this term, Japan is not homophobic and decriminalized homosexual relations in 1880. Further in Japan’s history, relations between same-sex people were, until the Meiji era (1868–1912), an unofficial but common practice. Social class or orientation did not matter, as attractions between people could be eclectic.

In religious and feudal environments, relations between a master and his young boy disciple were famous and a part of the teachings, similar to martial arts and codes of honor. Belonging to the Japanese tradition of Shudo, a shorter word from wakashudo meaning "the way of adolescent boys," this relationship was practiced as part of a precise code of conduct followed by the whole group, without which this practice became illegal. For example, the two masculine partners were never naked, and their relations had to remain solely physical without any feelings of love. As for fellatio, these were solely performed by women.

Numerous erotic Japanese prints called shunga, showing diverse homosexual intercourse, were painted by great artists during this era. Popular, they represented an interesting source of revenues for creators. Today, homoerotic culture is still found in manga, yet the main target is not the homosexual community. Indeed, homo manga, or yaoi, is dedicated to love stories between men and are usually written by and for heterosexual women; these stories are seen as a reassuring sexuality that excludes the women from their conjugal duties. In the same way, lesbian manga, or yuri, are mainly appreciated by heterosexual women. Manga for homosexual men are called bara.

To get back to the general idea of a non-homophobic atmosphere in Japan, the safety felt by any individual living or traveling in Japan is also appreciated by homosexuals (or any other sexual or gender identity). The risk of being verbally or physically attacked due to intimate orientations remains almost nonexistent on the archipelago. However, daily tolerance is still discussed, especially in legislative and social relation aspects.

Temptation of a parallel life

To avoid offending anyone and preserving the status of a "normal" citizen, numerous people choose to have a double life. They somehow end up marrying and having a child to satisfy the families’ expectations; in parallel but hidden, their true self is still alive. Others stay single as long as possible, deciding to appear as an "old single man or woman" rather than telling the truth. Indeed, if in Western countries, coming-out is a moment of freedom where someone dares to affirm himself, officially announcing homosexuality in Japan has few or no advantages. It can actually be the opposite.

Unfortunately, this coming-out might become social isolation. The label "out of frame" is often used for homosexual people who tend to lose their positions in a society that has not "planned" this situation. The fear of being seduced by someone and the impropriety of dating someone of the opposite gender, once married, does not allow for the expression of social nuances.

Managing a daily life while stuck within a heavily codified society is one of the favorite topics of LGBTQ+ associations in Japan, who fight against the lack of space for diversity. What could be more Japanese than trying to fit in harmony with others without being extroverted or hiding?

More than desiring a specific status, LGBTQ+ communities in Japan search to blend into society in order to not break professional and personal ties. Before even thinking of adoption or surrogacy, which are very far away possibilities, the current fight concerns civil unions: the simple fact of being able to officially share the same roof and mutually protect each other. An ancient practice consisted of adopting each other in order to be registered on the same family record book (koseki) and, therefore, guaranteed rights as simple as the right of visiting in the hospital during cases of serious illness.

Since 2015, a symbolic partnership certificate has been possible between two same-sex partners, showing the right path, but is not yet accepted throughout the nation. For example, only nine jurisdictions in Japan had ratified it by 2018:

Even if this social breakthrough gains more and more territories each year (22 cities by July 2019 and Ibaraki, north of Tokyo, became the first prefecture of Japan to recognize legal civil unions), it does not allow for the same rights as a civil union. Same-sex partners united by this certificate mostly use the cohabitation certificate to find accommodations under their two names and share medical insurance.

While it has been legal since 2003 to change gender in Japan, the person must be single, without a child, and an adult because same-sex relationship is not legally recognized in Japan. These severe conditions generate issues within the Japanese justice system, especially in case of bi-national marriages where changing gender theoretically induces the cancellation of the union in Japan, even though it can remain viable in the original country of the expatriate partner. A jurisprudence must then judge whether or not the transgender individual can keep a wife or husband visa.

There is no surprise regarding political parties; conservatives, including the democrat-liberal party of Shinzo Abe, are pretty reserved concerning any breakthrough of LGBTQ+ rights. Via its silence and the impossibility for many years of legitimatizing sexual minorities, the Japanese Diet encourages lumbering public talks on some politics, such as Mio Sugita. Homophobia is not clearly stated in Japan, therefore, it does not officially exist. Hate crimes are not prosecuted by justice; only Tokyo and Ibaraki prefectures have taken the lead by setting local anti-discrimination laws. It is a matter of each enterprise of Japan taking a position about the topic, some, including SEGA, Softbank, and the Japanese Post Office 📮, sponsor Tokyo Rainbow Pride.

For the gay community, the capital is more accessible than any other big city in Japan. The Shinjuku district, specifically the Ni-chome area surrounding Sanchome and Gyoenmae stations, has many of the gay-friendly bars and clubs in Tokyo. In the Kansai region, the Doyama-cho district, which is not far away from Umeda Station in northern Osaka, can be defined as LBGTQ+ friendly. Also, the Zen temple, Shunko-in, in Kyoto has celebrated gay marriages since 2011, and, since 2013, the Disney theme parks 🎡 have organized symbolic wedding ceremonies for same-gender partners.

The Internet 📶 remains the best way for dates and encounters by using meeting apps, such as Tinder; Grindr, which is oriented to the LGBTQ+ community; and 9monsters for Japanese men. Japanese people, in general, are quite timid and reserved. While holding hands is totally feasible, especially for girls, it is unlikely a homosexual couple—or straight couple—would be seen kissing in the street. In the evening, physical closeness is facilitated by the festive atmosphere, yet it remains friendlier rather than open flirting. It is interesting to note, most love hotels 🏨 refuse entrance to same-sex couples. It is necessary to get information in advance, via Loveinn Japan, for example, or you might be refused entry.

As a general rule, the Japanese archipelago stands as an interesting destination for the gay community. Japanese society has long favored expressing passion where gender is not required, such as cosplay, kabuki, unisex fashion style, and metro sexuality, as a reference for beauty in advertising and media. TV does not hesitate to welcome transgender people, such as Ayana Tsubaki, Kayo Satoh, or the pro-LGBTQ+ activist Matsuko Deluxe. In a quite different style, there is also "Hard Gay" Masaki Sumitani, who is now retired. There are other examples in politics, including two elected people who publicly announced their changes of gender: writer Aya Kamikawa and young Tomoya Hosoda.

It is wise to remember, that despite timidity, Japan remains a leader in Asia in terms of LGBTQ+ rights. Even if, from a Western point of view, the progress is large, the opening mechanism for minorities has been launched. According to a Dentsu survey in January 2019, 8.9% of the Japanese population identifies as LGBTQ+, and most people younger than 50-years-old are (78%) in favor of same-sex marriage and the plural expression of feelings. Current demographics show the traditional pattern of the Japanese couple is dated and needs to be reinvented. 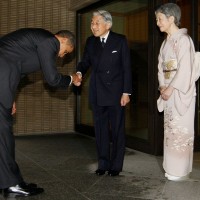 Why was Japan relatively spared by Coronavirus

As far as North America and Europe are concerned, the realization of the Covid-19 outbreak's importance came…