One of Japan’s Largest Limestone Caves

Ryusendo Cave is an impressive limestone cave located in Iwaizumi City in Iwate prefecture, in the north-east of Japan. This extensive natural monument, sheltering underground lakes and various species of bats, was designated National Treasure in 1934.

Located near the Pacific Coast, Ryusendo Cave belongs to the Sanriku Fukko National Park, a vast protected area extending over the three coastal prefectures of Tohoku. It is a beautiful representative of the geological and historical heritage of the area, where nature still rules.

The cave opened to the public in 1967, and the same year, speleologists discovered another neighboring cave. The caverns are now divided into two parts including 3,600 meters of explored galleries on an estimated total of 5,000 meters extending in the mountainside. At the moment, visitors can tread 700 meters of underground rock corridors.

Access to Ryusendo Cave is by a beautiful Japanese bridge ornamented by a dragon’s head on each side. The place was indeed named from the legendary animal, Ryusendo meaning "the cave from which the dragon roars". The cave is also a sacred site, with a little Shinto shrine at the entrance.

Inside the cave is akin to a dreamlike world, with a mystical aura to it undoubtedly enhanced by the blue light-up. The cavern’s walls can be admired through either bird’s eye views or bottom views. Moreover, a few English-language panels are placed along the course to provide visitors with a minimum of explanations on the formation and the structure of Ryusendo Cave. One can’t help being mesmerized by this chiaroscuro scenery and the various highlights placed along the underground promenade.

The path crosses through three subterranean lakes of a rare clearness and underwater spotlights create fantastic illuminations of their depths that fascinate visitors safely watching from behind fences. A fourth, 120-meters-deep underground lake, is the deepest lake of Japan and one of the most transparent in the world, but it is not accessible to the public.

A tour with slight difficulties

In mid-course, adventurers are invited climb long stairways offering interesting new viewpoints above the passages previously visited. However, the tallest visitors may be careful not to hurt their head, and the quite steep stairways can be hard for children. Along the way, a stalagmite has been cutely dressed in red bib and beanie, the traditional attire of Jizo, in a tribute to the bodhisattva protector of children and travelers.

As for the wildlife, Ryusendo Cave shelters four different species of bats of a rather small size and totally harmless. They can be spotted here and there, sleeping downwards along the rock walls or just above our heads. They are part of the mysterious and quiet universe of this underground world. It would not be surprising to find the entrance to the Batcave!

Visitors exit the cave with the feeling of having explored a unique natural monument with a quality staging. At the surface, several restaurants, some of them being very affordable, welcome tourists. In one of them, at the first floor, two large dragon plushies offer a cute and humorous welcome.

This article was written after a tour sponsored and organized by Iwate Prefecture. Kanpai has been invited and guided but keeps a total freedom of editorial content.
⬇️ Further down this page, discover our visit guide in Ryusendo Cave and around.
By Kanpai Updated on December 28, 2021 Grotte de Ryusendo
Review this place Have you ever visited Ryusendo Cave ? Share your opinion
Community's rating
4.50/5 (4 votes)

Our Pictures of Ryusendo Cave

How to go to Ryusendo Cave?

Important: very few bus departures per day, make sure to check the schedules beforehand (about 4 roundtrips per day)

When to visit Ryusendo Cave?

How to say Ryusendo Cave in Japanese?

What to see near Ryusendo Cave? 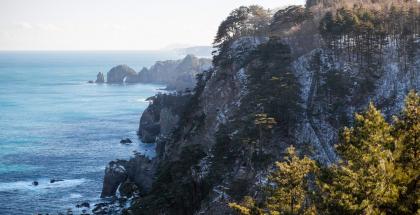 The Observatory on Tohoku’s Jagged Coastline
Kitayamazaki Cliffs are remarkable rock escarpments on the Pacific coast, in Tanohata village in the north…
Kanpai's rating
~35km away 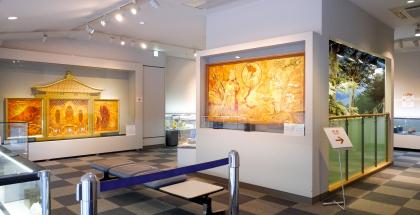 Kuji’s Arts & Crafts
Kuji Amber Museum is an exhibition gallery located in the south-west of Kuji City, on the north of the…
Kanpai's rating
~56km away

The rural village reminiscent of Edo period
Tono Furusato is a traditional village located in Tono, in the heart of Iwate prefecture in the north of…
Kanpai's rating
~57km away

The Convenient Showcase City in Iwate
Morioka is the main city of Iwate prefecture in northern Japan. Its easy access from Tokyo by the Shinkansen…
Kanpai's rating
~58km away

The Famous Cast Iron Tea Kettle Factory
Iwachu is a manufacture of traditional cast ironware in Morioka city in the north of Japan. The very same…
Kanpai's rating
~67km away 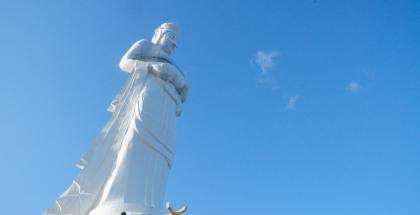 The Great Goddess of Mercy Facing the Pacific Ocean
Kamaishi Daikannon is a standing statue of Bodhisattva Kannon, located on the coast of Kamaishi in Iwate…
Kanpai's rating
~68km away 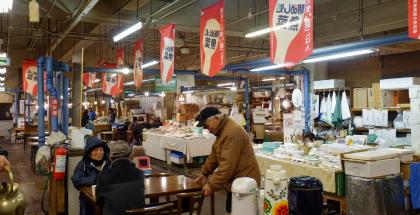 The Port Town in Aomori
Hachinohe is a city hugging Tanesashi coast in Aomori prefecture, in the north of Japan’s main island Honshu…
Kanpai's rating
~97km away

Ryusendo Cave and the Kanpai Community