🍻 Outdoor Beer Bars in the Capital

The beer gardens are ephemeral beer bars on great buildings’ rooftops or in parks under the shade of trees, in the heart of large cities like Tokyo. Gathering at beer gardens in the evening with friends or colleagues is one of the favorite activities of the Japanese. There, they enjoy a laid-back moment with a good fresh beer and grilled meat.

The beer gardens (from the German "Biergarten") appeared in Munich in the 19th century. They were most of the time temporary summer bars in connection to breweries, laid out in large outdoor areas where anyone could come with their own food, as long as they bought the beer. The concept later traveled to Japan where it became one of the Japanese city-dwellers’ top activities in summer, along with the traditional hanabi fireworks and matsuri.

When sunshine disappears and temperatures cool down to a more bearable level, the beer gardens welcome their evening guests. Most of them have booked their table, eager for refreshment and relaxing while drinking and eating, in a laid-back summertime early bird dinner.

The large table rows are divided in sections and are always close to a self-service draft-beer tap. One can choose among a large variety of Japanese and international draft-beers. Or one can also create one’s own Sawa cocktail (from the English "sour"): a very popular sparkling alcoholic drink made of soda, shochu liquors and fruits or citruses. Some bars even line up wine and sangria. Everything is generally available on an all-you-can-drink basis on a limited time (usually about 2 hours), in the nomihodai (飲み放題) concept that Japanese people love when they are going out.

As for the dishes, meat lovers will rejoice. The main types of meat are pork sausages to grill, small beef rib steaks and a little bit of chicken or lamb. The quality of the meat and the cooking methods available vary according to the place and are sometimes priced by the plate. In the same manner as for the drinks, the all-you-can-eat tabehodai (食べ放題) formula is also available.

Usually, a menu is already placed on the tables and order is made to the waiters, who will bring the selected raw meat. A cooking device, usually a kind of plancha or a small barbecue is placed on the table, and everybody can cook the ingredients they like. Sweet potatoes, fries, onions, greens, cabbage, and edamame soybeans are also added to the meal.

A laid-back and friendly ambiance

Japanese customers usually come in groups: of friends, with other club members, or with colleagues, for an after-work time. As beer gardens are seasonal events, temporary yet happening every year, the population loves them. Enthusiasm is palpable in the general friendly atmosphere: people are smiling, and thanks to the alcohol, talk loudly and laugh. It is by the way quite easy to talk to a stranger when going to refill the beer at the beer counter.

Some take the opportunity to dress in yukata 👘, the traditional light cotton summer outfit, ideal for relaxing and almost feeling on vacation.

Beer gardens in Tokyo usually settle from May to September on the rooftops of department stores, such as Isetan, Seibu, Parco or Lumine. For example:

They are also laid out in large green spaces, such as the Forest Beer Garden (Mori no Beer Garden) located near Shinanomachi station, on the compound of Meiji Jingu Gaien, and settling each summer on a large playground used by children on the rest of the year.

Lastly, some themed beer gardens display a specific decoration and menu, such as:

Themes and beer gardens tend to be renewed over time and all are not necessarily repeated every year. We highly recommend summer travelers in Japan to spend an evening in one of the capital’s beer garden.

⬇️ Further down this page, discover our visit guide in Tokyo Beer Gardens and around.
By Kanpai Updated on August 11, 2021 Beer Garden de Tokyo
Review this place Have you ever visited Tokyo Beer Gardens ? Share your opinion
Community's rating
4.50/5 (2 votes)

How to go to Tokyo Beer Gardens?

🚄 Location reachable with the JRP: Order Japan Rail Pass (from ~$280)

Where is Tokyo Beer Gardens?

When to visit Tokyo Beer Gardens?

During summer for one evening. Beer gardens are extremely lively in summer, especially on Friday, Saturday and during Obon.

How to say Tokyo Beer Gardens in Japanese?

Open every day, from May to late September on average 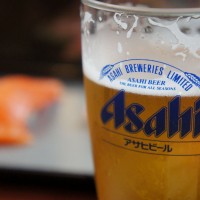 Japan is one of the top 10 countries in beer consumption, as Japanese people drank more than 2.7 billion…

What to see near Tokyo Beer Gardens?

The National Imperial Garden in Tokyo
Shinjuku Gyoen National Garden is a large park located in the west of Tokyo, between Shinjuku and Sendagaya…
Kanpai's rating
~1.30km away

Remembrance in the Heart of Tokyo
Aoyama Cemetery is a public graveyard managed by Tokyo Metropolitan Government and located in Minato ward, in…
Kanpai's rating
~1.59km away

One of the wealthiest places in central Tokyo
Akasaka is a chic district on the hills of Minato ward, in the heart of Tokyo. The gathering of business…
Kanpai's rating
~1.60km away

The Modern Aesthetics of Curved Lines
The National Art Center, Tokyo or NACT is a museum dedicated to temporary exhibitions located in Roppongi…
Kanpai's rating
~1.64km away

Tokyo's Champs-Elysees
Omotesando is an avenue located between the famous Harajuku train station and its little sister Aoyama, in…
Kanpai's rating
~1.68km away

The Elegant Architectural Complex in Akasaka
Tokyo Midtown is a shopping center in Akasaka district at the limit with Roppongi in Tokyo’s center. This…
Kanpai's rating
~1.79km away

Tokyo youth's fashion temple
When we have to talk about fashion and trends in Japan, Harajuku (one of Tokyo's districts) comes up most…
Kanpai's rating
~1.84km away

The great shrine in the heart of Yoyogi
Meiji-jingu is a vast shrine adjacent to Yoyogi Park, in Harajuku neighborhood, in Shibuya ward in Tokyo…
Kanpai's rating