The temple of the 47 Loyal Retainers

Sengaku-ji is a humble Buddhist temple located near Shinagawa JR station in Minato ward, in Tokyo. Famous among martial arts amateurs, the temple is a remnant of the Ako Incident, the origin of The Story of the Loyal Retainers.

Tokyo has a lot of electronic shops and shopping malls but is nonetheless attractive for Japanese martial arts aficionados, as the city retains a lot of places laden with history.

One of these places, which travel guides seem to avoid, is Sengaku-ji, a temple strongly linked to the Story of the Loyal Retainers, which became famous worldwide thanks to Kenji Mizoguchi’s movie and recent movie adaptations, like 47 Ronin (2013).

The temple was founded in 1612, long before the Ako Incident happened. This incident took place in March 1701 in the shogun’s palace, when the daimyo Asano, feudal lord of Ako, drew his sword and injured the daimyo Kira, who had goaded and insulted him. The use of a weapon or hitting someone in the palace was strictly forbidden, so Asano was condemned to commit seppuku, the ritual suicide.

Asano’s retainers, having lost their lord, became ronins, samurais without master. Forty-seven of them decided to take revenge for Asano. For two years, they hid as merchants or farmers, waiting for Kira to lower his guard, until they could visit their enemy’s house without raising suspicion. In 1702, on the night of December 14th, the 47 ronins attacked Kira’s estate, killing everybody on their way to him. When they seized him, they offered to assist him in an honorable death by seppuku, using the sword that killed Asano. But Kira refused, so the ronins beheaded him. They then took his head to Sengaku-ji, where Asano was buried, washed Kira’s head in the well and offered it to their lord’s tomb.

The ronins were sentenced to death by the Shogun, and they committed seppuku. They were buried in Sengaku-ji as well. Many Japanese books and movies originate from this story, which is a classic tale about the sense of honor and loyalty.

Nowadays the temple includes a small museum, Asano and the ronins’ tombs, and the well where Kira’s head was washed. All the explanations are in Japanese and the place might not be a popular spot for foreign tourists. However, it is strongly recommended for those interested in this historical period of Japan.

In July 2014, the construction, near Sengaku-ji, of an 8-story residential building was announced. The building would be 24 meters high and occupy a surface of 400m². The temple’s priests initiated a petition against this project. Ten thousand people had signed it in October, 2014, and it was submitted to Minato city’s office. But it seemed impossible to stop this construction, as the project respected the ward’s urban regulations. The building has finally been built near the entrance of Sengaku-ji, but it is not the nuisance feared by the priest and it does not disturb the visit.

⬇️ Further down this page, discover our visit guide in Sengaku-ji and around.
By Kanpai Updated on November 30, 2022 Sengaku-ji
Review this place Have you ever visited Sengaku-ji ? Share your opinion
Community's rating
4.75/5 (4 votes)

How to go to Sengaku-ji?

By subway -- Asakusa Toei Line, stop at Sengakuji Station (A07) then 3 minutes walk

How to say Sengaku-ji in Japanese?

What to see near Sengaku-ji?

Shinagawa’s Aquarium
Maxell Aqua Park is an aquarium located inside the Shinagawa Prince Hotel, in Minato ward in the south of…
Kanpai's rating
~1.92km away 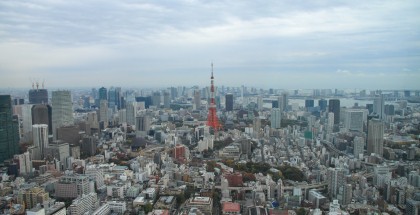 The Southern center of the capital
Minato is one of Tokyo wards, located in the center of the Japanese capital and in front of Odaiba bay. One…
Kanpai's rating
~2.08km away 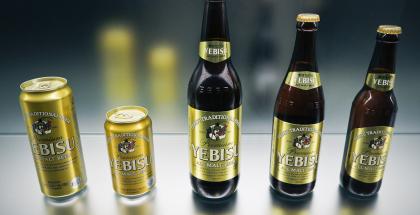 Ebisu Beer Temple in Tokyo
🚧 Renovation in Progress
The Museum of Yebisu Beer is a tribute to said beer, made by Sapporo breweries. With an architecture greatly…
Kanpai's rating
~2.12km away

Shibuya’s chic and casual district
Ebisu is a district located in the Shibuya Ward, in the heart of Tokyo. Nested away from urban agitation and…
Kanpai's rating
~2.13km away

The small restaurant village in western Tokyo
As seen with Roppongi Hills, Tokyo likes to build "cities within the city" and Yebisu Garden Place is a very…
Kanpai's rating
~2.43km away

Bridge to Odaiba Spanning Tokyo Bay
Rainbow Bridge is a long suspension bridge crossing Tokyo Bay in the south of the capital. It allows an easy…
Kanpai's rating
~2.47km away

Temple to Attend Buddhist Monks Ceremonies
Zojo-ji is an important temple of the Jodo (Pure Land) School of Japanese Buddhism located near the Tokyo…
Kanpai's rating
~2.49km away 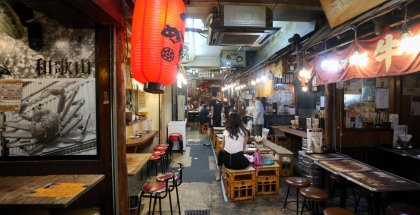 Sengaku-ji and the Kanpai Community