The Instant Noodles Museum in Yokohama

Cup Noodles Museum is the official English name of Yokohama’s instant noodles museum, located in Minato Mirai 21 district on the seaside. Dedicated to Momofuku Ando, the museum recalls the history of the Japanese invention of the Cup Noodles and also organizes workshop for making one’s own ramen to take out.

The Museum is opened but the CUPNOODLES Park attraction is temporarily closed to prevent the spread of Coronavirus.

Yokohama’s Cup Noodles Museum was inaugurated in 2011, at the occasion of the 40th anniversary of the invention of instant noodles in Japan by Momofuku Ando (1907 – 2007), the founder and head of the Nissin company.

Momofuku Ando was born in 1910 in Taiwan, during the period of the Japanese colonization (1895 – 1945), from a wealthy family. He became an orphan early and was raised by his grandparents. He first started a textile company then decided to settle in Japan after World War II. In 1948, he founded a small company named Osaka Nissin Foods (日清食品株式会社 Nisshin Shokuhin Kabushiki-gaisha) into which he would continually invest. At the times, he was obsessed by finding a way to easily feed the population who was in dire need of everything during the post-war reconstruction.

He created in 1958 his first successful recipe, the famous Chicken Ramen 🍜, the chicken flavored noodles, that are also known as Chikin Ramen (チキンラーメン), from the Japanese pronunciation of English. The innovative concept of instant noodles that can be easily prepared in a few minutes by adding boiling water was born. Then, in 1971, he ignited a 2nd revolution with the genius concept of getting rid of any additional tableware, by packaging the noodles in a single-use plastic cup, an idea that came to him after a travel in the United States.

Several decades after the invention of the Cup Noodles, in 2005 Momofuku Ando achieved the last evolution of his noodles to go with the recipe of the Space Ramen, a food specifically designed to treat astronauts during their missions in space.

The Cup Noodles Museum occupies a modern building located in the heart of the attractive Minato Mirai 21 district, facing Yokohama Bay. The huge lobby encompasses the ticket counters as well as the souvenir shop where you can purchase various merchandising of the brand and its mascot, and especially items only sold there.

The visit starts in a large room where the walls are fully covered by 3,000 Cup Noodles packagings, from the earliest to the latest, and from all over the world. Then, in a 2nd space, is aired a short documentary about the creator and his inventions that have become over time the icons of a new era of consumption in Japan.

The tour continues through a faithful reproduction of his early days workshop, in the 1950s. It helps to imagine how, from a rudimentary place, he succeeded in the invention of one of the most popular industrial products of our times. At the same level, the first part of the museum ends with a chronological exhibition on Momofuku Ando’s life.

The upper floors are home to several workshops and entertainment areas, such as:

Yokohama’s Instant Noodles Museum offers an interesting experience thanks to a playful approach that is well-suited to families with young children. Ikeda City, in the northern suburb of Osaka, also hosts a museum dedicated to Momofuku Ando’s invention. Otherwise, amateurs of more traditional noodle soups may visit Shin-Yokohama Ramen Museum, located near the Shinkansen 🚅 station.

Our Pictures of Cup Noodles Museum

How to go to Cup Noodles Museum?

By metro -- 1 or 2 stops from Yokohama station:

Where is Cup Noodles Museum?

When to visit Cup Noodles Museum?

How to say Cup Noodles Museum in Japanese?

What to see near Cup Noodles Museum?

Yokohama’s Observatory in Minato Mirai 21
Landmark Tower is one of Japan’s tallest skyscraper, with a 296 meters height, located on Minato Mirai 21…
Kanpai's rating
~850m away 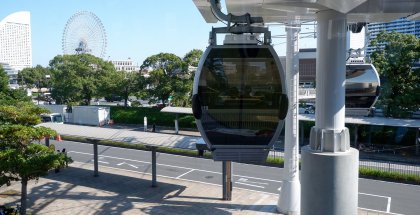 🚠 The First Urban Ropeway in Japan
Yokohama Air Cabin is an automatic urban ropeway operating in the port, downtown of Yokohama in Japan…
Kanpai's rating
~1.69km away 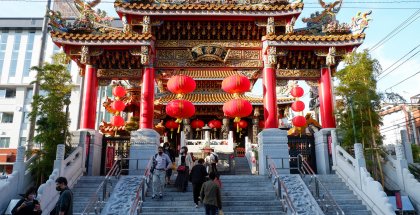 The Big Chinatown in Yokohama
Chukagai is the largest and oldest Chinatown of Japan, located in Yokohama, to the south of the capital, on…
Kanpai's rating
~4.64km away