Kairaku-en is a traditional Japanese garden located in Mito, the capital of Ibaraki prefecture, in the north of Tokyo. The garden is classified as one of Japan’s three most beautiful landscape gardens and is famous for the blooming of its plum trees forest from mid-February.

The discovery of Kairaku-en garden is impressive. The botanical landscape is as beautiful as it is vast, with a 300 hectares surface, that makes it one of the biggest urban parks in the world. It ranks among the top 3 of Japan’s most famous gardens (日本三名園), with Koraku-en in Okayama and Kenroku-en in Kanazawa.

Its names literally means "the garden for everyone’s pleasure," and reflects the will of its founder to create from the beginning a welcoming public place. Nariaki Tokugawa (1800 - 1860), Mito domain’s ninth daimyo lord, commissioned the garden after reading Confucius’ Books of Rites. He was impressed by a sentence about the importance of balancing tension and relaxation. He thus thought about creating a public garden to help relax body and mind after a hard day of military training in Kodokan, Mito’s great domanial school (han).

A plum trees forest blooming between February and March

Nariaki was quite fond of ume plum tree (or Japan’s apricot tree) for the beauty of its flowers, but also for its fruits, that can be served as pickles. He naturally chose it as the main ornamental tree in his garden. The first plum trees were planted in 1842. Nowadays, Kairaku-en shelters about 3,000 trees, of a hundred of different species, with colors varying from white to red or rose during the blooming season from mid-February to the end of March.

During this touristic peak season, Karaiku-en garden is filled with visitors and numerous street food stalls gather near its Higashimon gate in the east. Visitors can buy okonomiyaki crepes, yakisoba fried noodles and yakitori skewered and grilled meat, and settle under the plum trees to enjoy their lunch. The restaurant Kairakuen Rest House also serves udon noodles flavored with plum, a pleasurable resonance to the theme of the visit.

A large garden with many contrasts

The garden was designed based on the opposition of yin and yang, derived from Chinese philosophy. This spiritual approach can be better enjoyed on the following course:

The visit of a beautiful Japanese residence

On the same platform, stands Kobuntei, a traditional house dating back to Edo period (1603-1868) open to the visit. Its name is said to derive from an ancient word to designate plum. It was first a secondary residence for Nariaki, who came to relax and enjoy the beauty of seasons. It was sometimes used to entertain guests or grant a hearing to his vassals. The house was destroyed in the later days of WWII and rebuilt in 1958 as a copy of the first building.

Kobuntei is a three-story house, sided by Karoan, a teahouse. The first floor is divided in several tatami rooms separated by fusuma sliding doors ornamented with wonderful traditional paintings representing the surrounding nature during different seasons. A warm and nostalgic feeling radiates from the house lighting provided by small lanterns laid on the floor. From the third level called Rakujuro, a splendid panoramic view unfolds on the garden, Lake Senba, Mount Tsukuba and Oarai Pine Forests. On a sad note, Sakon no Sakura 🌸, the huge cherry tree that could be admired from Kobuntei, was torn down by typhoon 🌀 Faxai on 2019, September 9.

The walk continues outside the main enclosure of the garden, with plum trees standing near small ponds, and Tokiwa and Gokoku Ibarakiken Shinto shrines, on the way back to downtown Mito surrounding the JR Station.

⬇️ Further down this page, discover our visit guide in Kairaku-en and around.
By Kanpai Updated on September 15, 2021 Kairaku-en
Review this place Have you ever visited Kairaku-en ? Share your opinion
Community's rating
4.50/5 (2 votes)

How to go to Kairaku-en?

All year long and ideally from mid-February to the end of March, during two to three hours

How to say Kairaku-en in Japanese?

What to see near Kairaku-en? 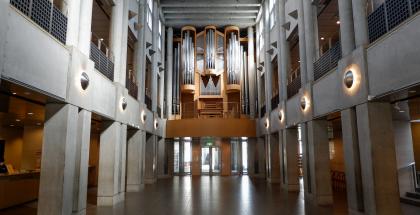 A Bold Architecture for the Sake of Art
🚧 Limited Access
Art Tower Mito (ATM) is a contemporary cultural complex overlooked by a helical titanium tower, located in…
Kanpai's rating
~12km away 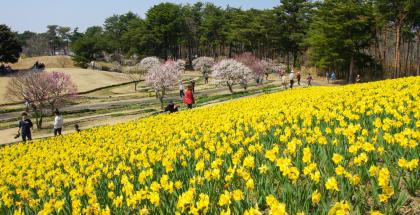 The Great Flower Park on Tohoku Pacific Coast
Hitachi Seaside Park is a 190 hectares flower park located in Hitachinaka, in Ibaraki prefecture in the north…
Kanpai's rating
~48km away

One of the Largest Buddha in the World
Ushiku Daibutsu is a monumental bronze sculpture of Buddha Amitabha, located in Ushiku City, Ibaraki…
Kanpai's rating
~49km away

The Relaxing Environment of the Temple-City
Narita-san Park spreads in the continuity of Shinsho-ji temple in Narita City’s downtown. This vast haven of…
Kanpai's rating
~66km away

Kanto’s Area Great Temple
Narita-san Shinsho-ji is a vast complex of the Shingon School of Buddhism located in Narita city, near the…
Kanpai's rating
~67km away

The International Gateway to Tokyo
Narita Airport is the place where most travelers first set foot on Japanese soil. It was opened in May 1978 …
Kanpai's rating
~67km away

A stopover to discover traditional Japan
Narita City is located east of Tokyo, in Chiba Prefecture. Its name is famous due to the international…
Kanpai's rating
~77km away 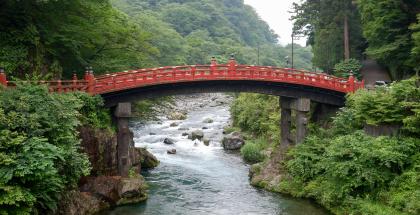 The Mountains at the Doorstep of Tokyo
Nikko is a small city of 80,000 inhabitants located 150km north to Tokyo in Tochigi prefecture. It is famous…
Kanpai's rating

Kairaku-en and the Kanpai Community