Nigatsu-do is a Buddhist temple attached to the Todai-ji complex, located on the slopes of Wakakusa Mountain, on the eastern part of Nara. Literally "building of the second month," it owes its name to the impressive annual ceremony of fire and water called Omizutori. Moreover, the beautiful panoramic view of the former capital of Japan is worth the climb up to the balcony of the temple’s main building.

Original buildings of the Nigatsu-do complex might date back to the mid-8th century. Totally burnt down in 1667, they were reconstructed identically two years later. Somehow looking like Kiyomizu-dera, the main pavilion on stilts, was designated a National Treasure of Japan. However, it is not for its architecture nor for the contemplation of Kannon’s statues (here qualified as 秘仏 hibutsu, or secret Buddha, meaning they remain hidden from the public’s view) that one goes there, but rather to be away from the classical tourism.

The highlight of Nigatsu-do is its view on Nara from the main building’s wooden balcony. Much less frequented than its neighbor Todai-ji, the temple, which is located a little higher in altitude (after several stone stairways), offers an interesting panoramic view of the city center, in a relaxing break while contemplating the landscape and imagining for a time what the former capital may have looked like.

We recommend getting there a little earlier than midday, at the time when the temple’s monks sing a prayer. The view and the worshipers gathering for these monastic songs provide an immediate immersion into an authentic and mystical atmosphere. Before going down through the covered stairs, have some water and tea (hot or iced depending of the season) offered by the temple in its former kitchen converted in rest area. It is common courtesy to wash your glass before leaving.

Nigatsu-do temple lets its doors open in the evening; it also becomes a good spot to admire the setting sun, solely lighted by a few lanterns 🏮.

The second reason why it attracts many Japanese visitors is its traditional ceremony, called Omizutori, occurring from March 1 to 14. This ceremony of monks’ repentance was first introduced by Monk Jichu in 760 in Nara. Celebrated every year without a break, it was first planned in February under the name Shuni-e for "the second month’s celebration." Then, year after year, this peculiar matsuri was nicknamed by inhabitants Omizutori, meaning "taking the sacred water." This name is related to the last main step of the ritual, when monks retrieve water from a hidden well in the temple to offer it to Kannon, the deity of compassion.

Finally, the most popular show occurs each night of the festival around 6:30-7 p.m., when impressive pine torches hooked on the balcony are lighted. The night of March 12 is usually the most attended as the ceremony, usually happening for about 20 minutes, lasts 45 minutes on this day.

⬇️ Further down this page, discover our visit guide in Nigatsu-do and around.
By Kanpai Updated on June 15, 2021 Nigatsu-do
Review this place Have you ever visited Nigatsu-do ? Share your opinion
Community's rating
4.83/5 (6 votes)

How to go to Nigatsu-do?

Allow between 30 to 40 minutes

How to say Nigatsu-do in Japanese?

What to see near Nigatsu-do?

The Shrine Protecting Nara’s Great Buddha
Tamukeyama Hachiman-gu is an old Shinto shrine located next to Todai-ji, at the limit of Nara Park and Mount…
Kanpai's rating
~400m away

Nara’s Great Buddha Temple
Todai-ji is a Buddhist temple in Nara, on Honshu Island. This great eastern temple is renowned for Daibutsu…
Kanpai's rating
~500m away

On the Heights of Nara
Wakakusayama is a 342 meters high hill located in Nara in Japan. All its walking trails lead to the summit…
Kanpai's rating
~750m away

Nara’s Underrated Japanese Garden
Isui-en is a Japanese garden located in the heart of Nara in Kansai area. Its largest and most recent…
Kanpai's rating
~850m away 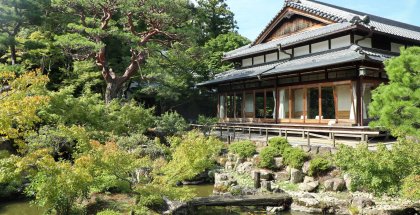 Three Small Japanese gardens in Nara
Yoshiki-en is a little Japanese garden in Nara. Close to the great touristic temples of the city, this green…
Kanpai's rating
~950m away

The Buddhist Art Specialist
Nara National Museum is a four-building exhibition complex in the historical center of Nara. Only a few…
Kanpai's rating
~1000m away

Nigatsu-do and the Kanpai Community