The nature visit north of Osaka

Half an hour by train 🚅 north of Osaka is the small town of Minoh (or Minoo), a rural output popular among Japanese people from Kansai. The main attraction of the city is the so-called "Minoo almost-national park - Forest of the Meiji era." Only a few steps north of the station begins an easy hike of 3 kilometers on a concrete path along a stream in the forest. Minoh can be considered as Kansai's (small) equivalent of Mount Takao in Tokyo.

Visitors can be couples who came to enjoy a romantic stroll, runners, or families who enjoy an output weekend. Western tourists traveling in Japan are rarer in the area.

In any season, the vegetation of Minoh is very significant, but the peak of activity is on the second half of November, during the koyo season (red maple trees). It's also in this period that you can taste the local specialty: momiji 🍁 tempura.

All along the way are :

Although enlightened, the path repeatedly reminds some sets of Miyazaki's famous Spirited Away animation movie. At the end of the tour, after a few shops is Minoh waterfall. A reward of 33 meters high and 5 meters wide, which is admired from some adjoining benches where you can enjoy a snack.

Halfway, for those who want to extend their visit in Minoh, is the Ryuanji Benzaiten Temple. Then back down, before arriving at the station to get back to the train, it's also interesting to take the elevator (100¥) to the Spa Garden Hotel 🏨, which, from its platform, offers a wide view of all northern Osaka.

⬇️ Further down this page, discover our visit guide in Minoh park and around.
By Kanpai Updated on September 16, 2021 Parc de Minoh
Review this place Have you ever visited Minoh park ? Share your opinion
Community's rating
4.43/5 (7 votes)

Our Pictures of Minoh park

How to go to Minoh park?

Where is Minoh park?

When to visit Minoh park?

Allow one to three hours roundtrip from the station

How to say Minoh park in Japanese?

What to see near Minoh park? 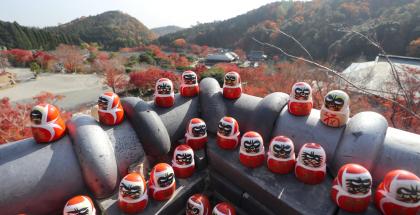 The Daruma Dolls Temple in Osaka
Katsuo-ji is a Buddhist temple located in the mountains of Minoh City, in the northern suburb of Osaka. It…
Kanpai's rating
~6km away

The World’s Cultures Hub in Osaka
The National Museum of Ethnology or Minpaku is a research center for cultural anthropology and ethnology,…
Kanpai's rating
~6km away

The Tower of the Sun in the North of Osaka
Expo ’70 Commemorative Park is located in Suita, about ten kilometers in the north of Osaka. It was built on…
Kanpai's rating
~7km away 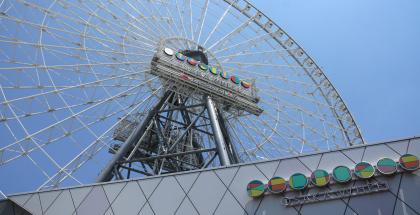 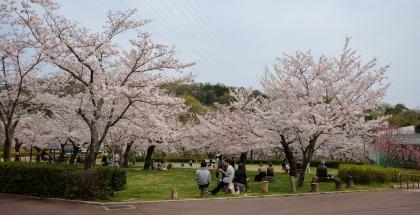 Sakura Spot Between Osaka and Kyoto
Settsukyo Park is a forest area hugging part of the Akuta-gawa River, located in Takatsuki City, in the east…
Kanpai's rating
~14km away

Osaka twin towers and their floating observatory
If you intend to visit Osaka, I would recommend going to the district of Shin Umeda City. There is one…
Kanpai's rating
~14km away

The Hipster District in Osaka
Nakazaki-cho is a neighborhood located near Umeda station in the north of Osaka. Atmospheric and lovely small…
Kanpai's rating
~14km away

Minoh park and the Kanpai Community