The bleak entrance to Lake Biwa

Otsu is the capital city of Shiga prefecture in the Kansai area, a few kilometers east from Kyoto. Located on the southwestern bank of Lake Biwa, the biggest lake in Japan, Otsu is famous for its cruises, temples and sanctuaries, which are registered as UNESCO World Heritage Sites.

Otsu should theoretically be a very attractive city:

However, once there, the city looks rather like a soulless, almost gloomy, countryside little town, at least as far as downtown Otsu is concerned. The city is caught between the lake and Kyoto’s huge touristic shadow. Incidentally, the two cities are connected by the Lake Biwa Canal running through Keage.

After a short visit to a dull tourism information center, which was located in a tiny prefabricated building, we headed to the boardwalk. The boardwalk is praised as the most interesting attraction in the area, but is nevertheless reminiscent of a sovietic countryside landscape. The big, ageless Hotel 🏨 Biwako stands above Nagisa Park. Aggressive mosquitos; pollution, both visual and audible from the high-speed way nearby; and the surrounding dusty industrial landscape don’t help to produce appreciation for the location. The bus shuttles for the hotel are frequent but are always empty.

This five-kilometer space is essentially the departure point for the numerous cruises on Lake Biwa. The Michigan, a paddlewheel boat offering 1–2.5 hours of cruising, is the most popular, despite its incongruous appearance that is totally in contrast with the rest of the landscape. The boat is located here because Otsu is the twin city of Lansing, Michigan, in the United States.

On the pier, some fishermen wait half-heartedly for the fish to bite. The port, a little bit farther, is easily a bit more attractive, but the uneasiness is palpable when salarymen walk past homeless people during their lunch breaks, trying not to see them.

Otsu has failed to divert a part of the tourists flowing from Kyoto during this crucial period before the Tokyo 2020 Olympic Games 🏅. The only interest is for the privileged access to the unexpectedly wonderful temples in the surrounding mountains:

These temples, which were all founded in the 8th century, are of historical importance; however, they are quite far from downtown Otsu. The few places of interest in the city that are officially recommended are located far away from each other, and visiting the locations is not comfortable, even with a rental car 🚙.

If you nevertheless wish to visit Otsu, we strongly advise you visit only those places of interest and nothing else, with a carefully crafted trip beforehand.

⬇️ Further down this page, discover our visit guide in Otsu and around.
By Kanpai Updated on September 16, 2021 Otsu
Review this place Have you ever visited Otsu ? Share your opinion
Community's rating
4/5 (7 votes)

Our Pictures of Otsu

How to go to Otsu?

When to visit Otsu?

Avoid rainy and / or cold days

How to say Otsu in Japanese?

What to visit in Otsu?

The Vast Tendai Complex on Mount Hiei
🚧 Renovation in Progress
Enryaku-ji is a Buddhist temple of the Tendai School located on Mount Hiei and attached to Otsu city, Shiga…
Kanpai's rating

The Monkey’s Shrine near Otsu
Hiyoshi Taisha is one of the most important Shinto shrines in Otsu, built at 381 meters above sea level on…
Kanpai's rating 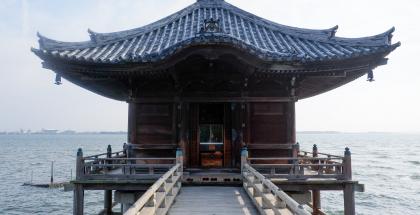 The great Buddhist temple complex in Otsu
Mii-dera is a vast temple of the Tendai-jimon Buddhist sect, located on the foot of Mount Hiei in Otsu. It is…
Kanpai's rating

The garden of teahouses in Otsu
Kyuchikurin-in is a subtemple of Enryaku-ji temple, located on the foot of Mount Hiei, in Sakamoto district,…
Kanpai's rating

Where to stay in Otsu? 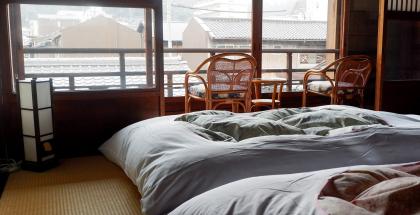 The Bed and Breakfast by Lake Biwa
Machiya Inase is a guest house located in Otsu city downtown, near Mii-dera temple. This distinctive lodging…
Kanpai's rating

Where to eat in Otsu? 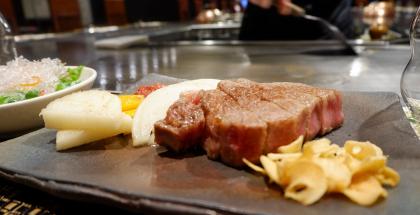 The Omi Beef Restaurant in Otsu
Matsukiya is a restaurant specialized in meat and its main store is located in Otsu, in Shiga prefecture. The…
Kanpai's rating

What to see near Otsu?

The Great Fire Kanji Mountain in Kyoto
Daimonji is a Japanese mountain in the northeast of Kyoto. It is especially famous for its annual festival…
Kanpai's rating
~5km away

Kyoto's Silver Pavilion
Ginkaku-ji is a Buddhist temple in Kyoto, located in the north-east in Higashiyama district. The Silver…
Kanpai's rating
~5km away

The Artistic Temple in Kyoto
Honen-in is a temple of the Jodo sect of Japanese Buddhism, located near the Philosopher’s path, in the north…
Kanpai's rating
~5km away

The Temple of Momiji Foliage
Eikan-do is a Buddhist temple of the Seizan branch of Pure Land Jodo sect, located on Shishigatari-dori…
Kanpai's rating
~5km away

Kyoto's Zen Walk
The Philosopher’s Path is a walkway in the north-east of Kyoto. Running parallel to a waterway, it puts…
Kanpai's rating
~5km away 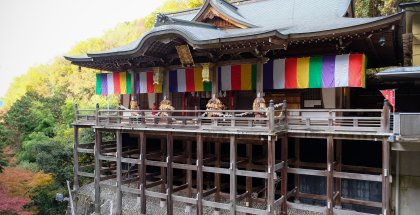 The impressive Zen entrance to Kyoto
Nanzen-ji is an important Buddhist temple of the Japanese Zen Rinzai school, nestled among vegetation at the…
Kanpai's rating
~5km away

The Small Zen Jewel at Nanzen-ji
Tenju-an is a small temple of Japanese Zen Rinzai Buddhism, located at the foot of Higashiyama mountains in…
Kanpai's rating
~5km away 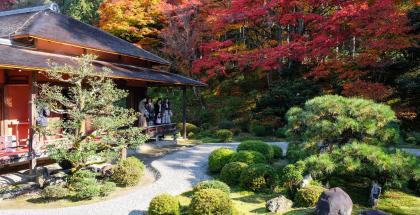 Otsu and the Kanpai Community