Located in the Chuo ward, Ginza is one of the most famous districts of Tokyo. It is a high-end place, known for luxury shopping, art galleries, many top restaurants and nice cafes, and for providing an interesting alternative to Roppongi in high rates nightclubs.

The nickname of "Japanese Champs-Élysées", sometimes given to the area, as well as to Omotesando, originates from this concentration of fancy places.

If real estate in Tokyo is expensive regardless of where you look, Ginza tops every other borough with square-meter prices reaching up to ten million Yen 💴 without blushing. Be it the cause or the consequence, many international luxury brands (and especially French ones) struggle to settle there. Thus, a trip to Ginza gives you the opportunity to visit shops and showrooms of brands such as Dior, Cartier, Louis Vuitton, Mont Blanc, Chanel, Prada, Burberry, Printemps, Chaumet, Hermes, Adidas, Armani, Bvlgari, Zara or Apple.

But Japanese brands are not left out, starting with Wako whose iconic clock dominates the main intersection served by the Ginza Tokyo Metro station. There are a lot of other major Japanese brands in Ginza such as Mikimoto, Shiseido, Sony, Matsuzakaya, Uniqlo, Mitsukoshi, Matsuya, Yoshinoya, BicCamera, Muji and Sofmap, the new Tokyu Plaza, as well as several major banks such as Mizuho Japan or Citibank.

Chuo-dori, Ginza’s main avenue is closed to car 🚙 traffic each weekend and holiday:

In 2019, the Chuo ward administration has announced working on the project of burying the 2-km highway crossing Ginza, to create a public greenway park, similar to New York’s High Line, in an effort to boost tourism and economic revenues.

⬇️ Further down this page, discover our visit guide in Ginza and around.
By Kanpai Updated on December 07, 2022 Ginza
Review this place Have you ever visited Ginza ? Share your opinion
Community's rating
4.63/5 (8 votes)

Our Pictures of Ginza

How to go to Ginza?

Where to stay in Ginza?

When to visit Ginza?

Ginza's visit is perhaps even more pleasant on weekends, as Chuo-dori (the main street) is closed to traffic from 2 to 5pm on Saturdays and from noon to 5pm on Sundays, and even up to 6pm in spring and summer.

How to say Ginza in Japanese?

What to visit in Ginza? 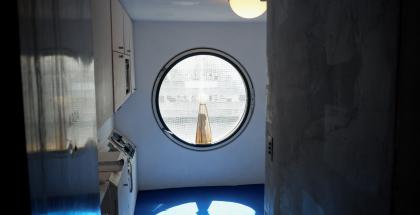 Where to eat in Ginza? 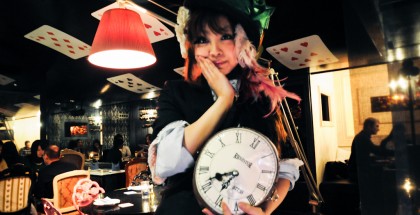 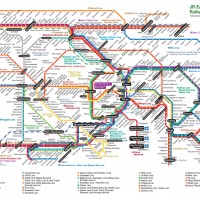 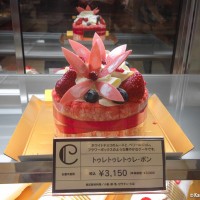 All of you who had the opportunity to travel in Japan or live there will agree in the same way: Japanese…

What to see near Ginza?

The Unmatched View on Shinkansen Trains in Tokyo
Coline is a wooden patio at the 3rd floor of Kotsu Kaikan shopping mall, near Yurakucho station in the heart…
Kanpai's rating
~600m away

🐟 The Former World Largest Fish Market
🚧 Limited Access
Tsukiji is a district of Tokyo that is home to the world's largest fish market, founded in 1935. Visiting the…
Kanpai's rating
~950m away

The Elegant Shopping Center in front of Tokyo Station
Kitte Marunouchi is a modern shopping mall facing Tokyo Station’s south exit, in Chiyoda ward in the heart of…
Kanpai's rating
~950m away

The surroundings of Tokyo Station
Marunouchi is a business district stretching between Tokyo Station and the Imperial Palace, in the central…
Kanpai's rating
~1.09km away

A train station like no other
🚧 Renovation in Progress
Tokyo Station is located in Chiyoda Ward in the heart of the capital. With 3,000 to 4,000 trains commuting…
Kanpai's rating
~1.17km away

The Historical Landmark of Edo’s Main Roads
🚧 Renovation in Progress
Nihonbashi is a historical district located at the east of Tokyo Station, in the center of Japan’s capital…
Kanpai's rating

Ginza and the Kanpai Community