Best areas to stay in Tokyo

The vast capital city of Japan can make travelers and future expatriates doubtful regarding their location of stay. Indeed, almost all districts in Tokyo are appealing, whether financially, culturally or due to their practicality. The best way to choose is to know the specifics of the main sectors in order to decide according to your needs and budget.

Among the choice criteria, transportation is the most important, although not exclusively. Therefore, for first stays in Tokyo, we advise accommodations located near a station on the Yamanote Line, the circular train serving most of the touristy attractions of the city. Free with the JR Pass, it is also one of the most crowded in the country, especially during rush hours. In addition, you can take the metro with its 13 main lines, covering the underground of the city. Japanese efficiency makes travel safe and fast, as long as you can find your way around some of the most enormous stations.

The northeast area of Tokyo is often cited by first-time travelers as their favorite place. Called popular and traditional, these areas are characterized by their historical aspect, compared with more modern districts.

Ueno and Yanaka (via Nippori) are ideally accessible from the Yamanote Line, while Asakusa, more on the east, can be reached only by metro. Ueno Station welcomes numerous train lines, including Shinkansen 🚅 going to the north (Aomori) and northwest (Niigata, Kanazawa) of Japan. Prices for rent are average.

The choice is quite broad; you can easily find ryokan, traditional Japanese accommodations with tatami rooms and Japanese breakfast: fish, soup and rice.

Surrounded by Ueno and Tokyo Stations, Akiba is well served on the Yamanote Line. The sound level of this district stops most travelers. Yet, compared to the famous illuminated avenues, the secondary entrance of the station, especially Showa-dori, opens up on charming residential streets with all the comforts of a big city: supermarkets, restaurants, cafés and pastry shops. You can quickly access the Kanda area, which is much quieter.

The geographical center houses the luxury districts of the capital. Loved by tourists, these streets boast excessive rental accommodations designed for high-budget clients. You can mostly find prestigious hotels 🏨 with splendid views of the capital.

Tokyo Station is an important hub of public transportation with metro, trains, buses and Shinkansen going to the south of Japan. It enables traveling around to suburban areas.

Modern young and nocturnal districts distinguish the west of Tokyo. Dynamic during both days and nights, the Shinjuku and Shibuya sectors are perfect for settling down and fully experiencing the euphoria of Tokyo.

The gigantic Shinjuku Station is the image of Tokyo Station, on the west side: It is the turning point of numerous trains and buses going to the region of Mount Fuji 🗻, although not exclusively.

These large areas complicate the search for accommodation because it is difficult to find something close to a station without advanced planning. To avoid getting tired in the never-ending underground, it is wise to stop over in smaller stations nearby, such as Shin-Okubo with its Korean atmosphere or the eccentric Harajuku.

The prices can be high depending on the tourist season, but accommodation types remain diverse: Planning allows you to get a better price for quality value.

The southwest residential zones of the capital hide charming places in which to settle. Quiet and with a calm family ambiance, sometimes hipster, renting an apartment in these districts means living in the rhythm of Tokyo’s trendy inhabitants: coffee shop terraces, designer stores, children’s parks, Western restaurants and some office buildings…life follows the rhythm of seasons.

Plan a comfortable budget to stay here. Pedestrian-friendly stations such as Ebisu and Meguro are located on the Yamanote Line.

These two “distant” districts, Odaiba in the extreme southeast and Roppongi in the south-center, are alike regarding the luxury and modern aspects of their accommodations. Among the most expensive areas of the capital, each of them offers a unique experience in Tokyo.

A district loved by Western expatriates, Roppongi maintains its reputation as the place to go out at night with its numerous bars and nightclubs, among the most trendy in the capital city. Just like in Ginza, yet more accessible regarding pricing, you can find numerous and elegant hotels, including several 5-star hotels such as the Ritz Carlton and Hyatt.

Odaiba is a forgotten gem when it comes to lodging, and for a reason: You can reach the island by monorail 🚝 or boat, which is sometimes expensive. However, it has some very interesting services: nice views of Tokyo Bay, close to the beaches 🏖 of the capital, not far from Disney Parks.

Hotels and resorts such as the prestigious Hilton and Grand Nikko offer a view of the Rainbow Bridge, not far away from Odaiba and Daiba Stations. Travelers commute between urban tourist attractions and nautical activities.

More competitive in terms of prices, you can find full homes on the continent side in the Hamamatsucho and Shinagawa districts on the Yamanote Line. Enjoying a balcony, even small, is pleasant in the summer and mid-season.

The northeastern part of the capital city is a good compromise between practicality and budget-saving needs. An important stop on the Yamanote Line, Ikebukuro also has a lot of Japanese stores, mostly electronic and manga. The surroundings of the station become lively with the famous entertainment mall Sunshine City at the east exit and a tiny Kabukicho at the west exit. Above it, a residential zone has opened up, convenient for people looking for a quiet and peaceful place.

For a small budget, the system of capsule rooms represents a low-cost solution for a few days. These hotels are everywhere in Tokyo, even in the most expensive districts.

The two international airports serving Greater Tokyo are logically quite far away from the city center.

Narita Airport, mostly known by foreigners, is located in the Chiba prefecture, 70 kilometers away on the east side of the capital. It takes about one hour by train to reach Tokyo Station.

The second, Haneda Airport, has a closer location in the Ota ward, only about 20 kilometers away in the south and takes half an hour to reach it by public transportation.

Travelers in transit and those arriving late or leaving early may expect a night near the airport. Otherwise, it is not advisable for tourists to stay there.

Tokyo’s surface area is 20 times that of Paris, and combined, the New York and Los Angeles metro areas have about the same population as Greater Tokyo. Yet Greater Tokyo is about one-tenth the size; it measures about 100 km². It is therefore quite difficult even for a Tokyo-born inhabitant to truly know the best areas in which to settle down. Here is a first reading.

Regarding expatriation as an English-speaking family, there are about 25 international high schools in Tokyo which are located in various districts of the center of the capital city.

The British School of Tokyo is in the heart of Shibuya, and the Canadian International School of Tokyo is in the Shinagawa ward. However, The American School in Japan is a little outside the center of Tokyo, in the west part, in the Chofu ward. There is no "English district," yet most expatriates can be found around Roppongi, for those who prefer to go out with other expatriates.

For French-speaking expatriate families, the International French High School in Tokyo, which welcomes students as early as kindergarten, has been settled since 2012 close to Itabashi Station, in the north part of the Kita ward. The French district of Tokyo is Kagurazaka, located in the continuity of Iidabashi Station in the northwest of the center of Tokyo. The main street offers stores, bakeries and French restaurants, next door to Japanese izakaya bars, with a quiet and sophisticated atmosphere.

The north part of the capital city houses several universities, with an associated campus that can be the ideal target for foreign students. We can cite the Waseda district spreading up to Takadanobaba Station. With this ideal situation, this popular zone includes competitive accommodations designated for students.

On the west side, the Yoyogi district also appeals to numerous young adults with higher financial means, who appreciate the greenery of Yoyogi Park in the heart of Tokyo. This big public park is a privileged place to gather with friends when the weather allows it.

The south part opens up on family-oriented districts, trendy and higher-end. Between Meguro and Roppongi are hidden several wooded zones, made up of streets and buildings scaled to human. From Shirokanedai and Shirokane Stations, you can slowly travel to the borders of the very renowned Azabu, where Japanese personalities, bankers and ambassadors live. We finish the tour with Hiroo, a classic place of residency for foreigners.

The western wards offer beautiful living conditions and are often cited as places where life is pleasant. Sheltered from the dynamic heart of Tokyo, they remain easily accessible by public transportation.

Nakano is loved by tourists for the otaku shopping, but it is also loved by its inhabitants as it is joyfully lively in the evenings. One station further on the Chuo Line, Koenji, belonging to the Suginami ward, is defined as a young and trendy district, sort of like Shimokitazawa with a wilder spirit.

Quieter, the Setagaya area is also one of the densest places in the capital. In the extreme southern part, next to Meguro, Jiyugaoka opens up on pleasant wooded pedestrian-friendly streets with fashion stores and other nearby stores.

For those definitely looking for space and greenery, Tokyo’s suburban area displays vast places full of greenness. The quiet atmosphere of Kichijoji, in Mitaka city, pleases young parents who can wander in Inokashira Park, neighboring Ghibli Museum. The Tama region is also an interesting place to live for a long-term period.

Finally, the area to the south, served by Musahi Kosugi Station, located in Kawasaki city in the Kanagawa prefecture, offers a coherent price for value quality. About 15 minutes away from Shibuya, this residential zone, while classic, has numerous practical discount supermarkets. 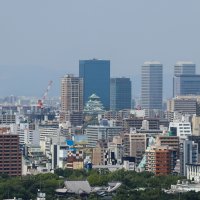 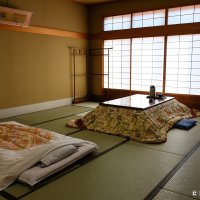